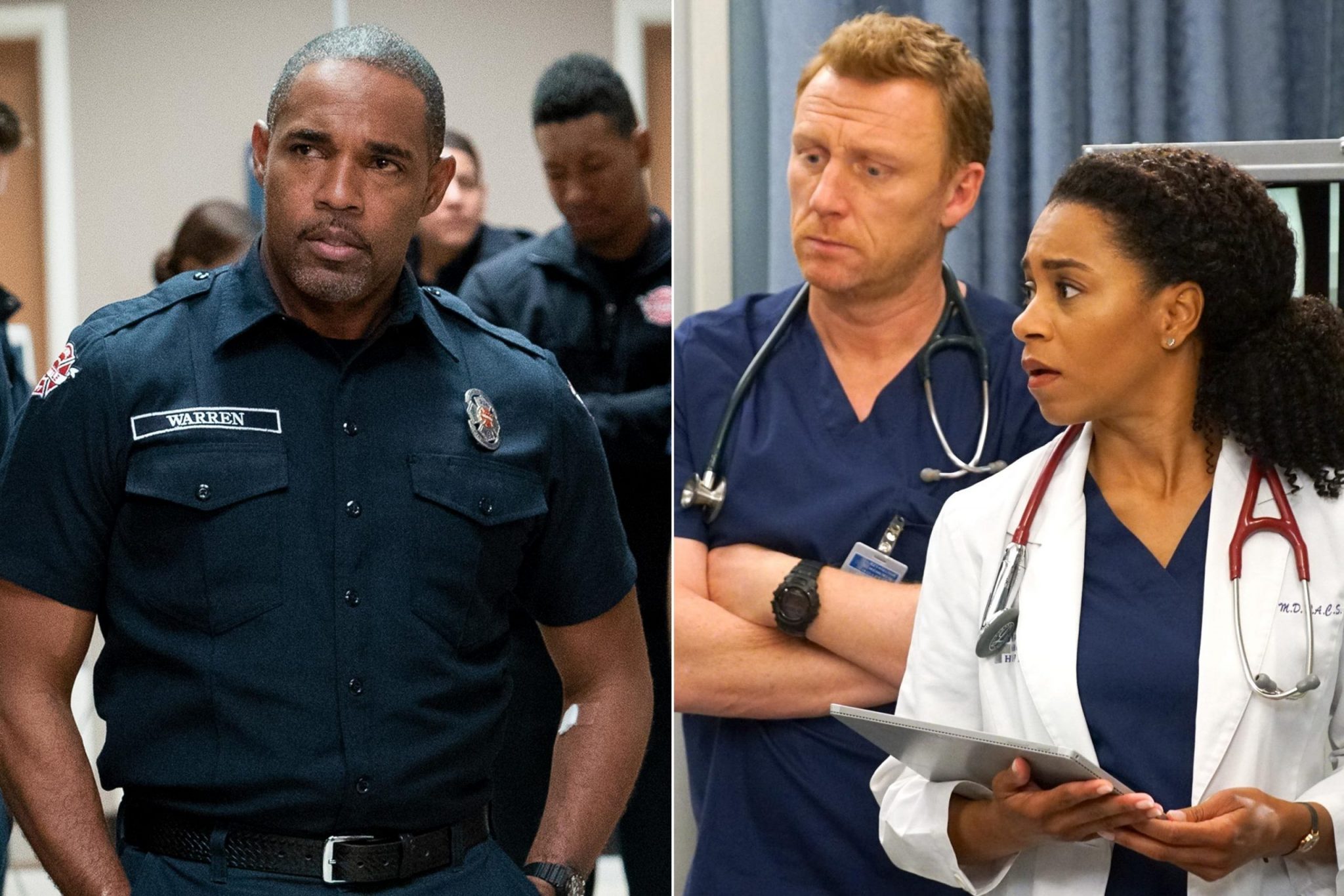 Grey’s Anatomy and Station 19 will continue crossing over later this month when a blizzard hits Seattle. Here’s everything we know about the storylines and guest stars.

Since Station 19 premiered its third season last month, there’s been some kind of crossover with Grey’s Anatomy every week. That trend will continue at the end of February when Station 19 Season 3, Episode 6 and Grey’s Anatomy Season 16, Episode 15 will focus on a blizzard wreaking havoc in Seattle. We’ve got the scoop on whose lives will hang in the balance, and which characters will crossover. (Minor spoilers ahead.)

The Feb. 27th episode of Station 19 will appropriately be titled “Ice Ice Baby” in wake of the wintry weather. The official ABC press release reveals “Travis must take a difficult call and members of the crew are forced to face their truths.” It’s interesting to hear that Travis is taking the charge here. Is he due for a promotion in the coming weeks?

Elsewhere, we know that Ben Warren “has rising suspicions about a colleague.” Does he know something we don’t? Is he on to Jack’s recent hook-ups with Rigo Vasquez’s wife? Or is this colleague someone from Grey Sloan?

We also know that Stefania Spampinato will guest star as Carina DeLuca from Grey Sloan. This will be Carina’s first appearance on Station 19, but we don’t yet know what her role will be. Another interesting guest star we can expect is Jonathan Bennett as Michael, Travis’ deceased husband. Bennett is best known for his role as Aaron Samuels in Mean Girls.

Grey’s Anatomy: Is DeLuca in trouble?

The blizzard drama will carry over in “hour two” as Grey’s Anatomy‘s “Snowblind” episode will be highlighted by Meredith and Carina being concerned for Andrew DeLuca’s well-being. The official synopsis states that “he volunteers to perform a life-threatening task during a blizzard.” Does he think he has something to prove to Meredith?

Meanwhile, we know that Bailey will be featured while helping a kid named Joey, a foster kid that Ben brought to the hospital. Richard will be training a new intern, presumably at Pac-North, but it’s hard to say considering Catherine’s threat to purchase and even shut down his place of employment.

In addition to Carina, other guest stars will include Station 19‘s Vic Hughes and Ben Warren, plus recurring characters such as Cormac Hayes, Nico Kim, and Taryn Helm. Criminal Minds: Beyond Borders actress Annie Funke will make her Grey’s debut as Kendra.

We still have two more episodes from each series before we get to the blizzard, so strap in because the drama will heat up before Seattle freezes over. In the meantime, check out the teaser for the Feb. 13th episodes right here:

Catch Station 19 at 8pm ET and Grey’s Anatomy at 9pm ET every Thursday on ABC.