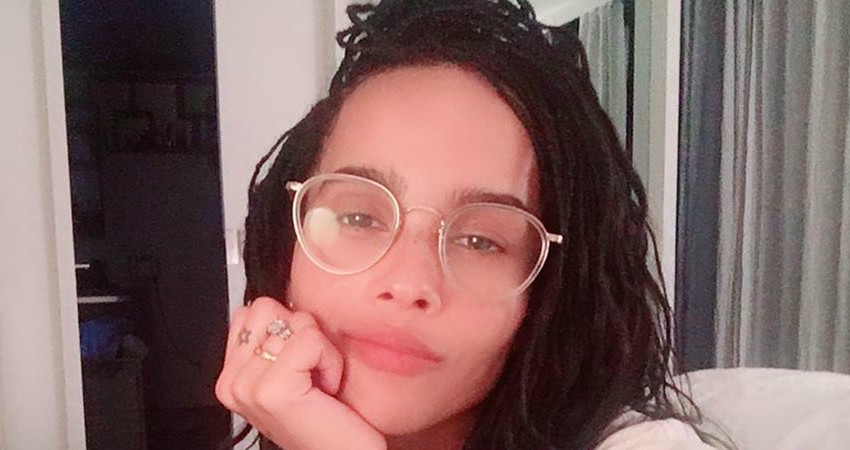 John Cusack starred in many teen romance movies in the 1980s. In coming-of-age flicks such as Say Anything, Better Off Dead and One Crazy Summer, the actor played the anti-hero who never gets the girl.

Teen romance movies became adult rom-comedies with lead roles in Must Love Dogs, Serendipity and High Fidelity. In the last one, Cusack played Rob, a record store owner who recounts the women he’s lost due to his shortcomings.

The movie is based on a book of the same name by famed author Nick Hornsby. (He also wrote About a Boy, later made into a movie starring Hugh Grant.)

Streaming giant Hulu is reinventing the movie into a limited-run series starring Zoe Kravitz. The main role is gender-swapped, with Rob becoming short for Robin. Failed romances and music will continue to be the theme weaved throughout the series.

To find out why her relationships keep ending, she revisits her Top 5 Heartbreaks. Ironically, Lisa Bonet (Zoe Kravitz’s mom) played one of Rob’s lost loves in the original movie.

The early reviews of the series are mixed, but fans will have to wait a few more days to experience the show themselves.

Another change from the movie is the location. Instead of Chicago, the new version takes place in Brooklyn.

The main character still has two sidekicks, though more diverse in the remake. Jack Black played one of the sidekicks in the original.

Actress Da’Vine Joy Randolph stars as Cherise, an aspiring singer. Simon (David H. Holmes) is one of Rob’s exes, who broke up with her because he’s into men.

High Fidelity premieres Friday, February 14. All 10 episodes of the series release on the same day, making it a perfect Valentine’s Day binge. Hulu is available online (hulu.com) and as a downloadable app on most platforms, including smartphones and smart televisions.

The streaming service has a sliding-scale of subscriptions starting as low as $5.99/month. In addition to High Fidelity, Hulu has original content (Castle Rock, The Handmaid’s Tale, PEN15, etc.) and classic television shows (Married…With Children, The Golden Girls, ABC’s entire TGIF lineup from the 80s, etc) and a wide movie selection.

In the last few years, Netflix has shifted from distributing outside content to creating their own episodic series and stand-alone films. After success with the rom-com genre, Netflix took on teen romance movies. One of the first attempts was To All the Boys I Loved Before.

The movie was based on the book of the same name and released on the streaming service in 2018. Netflix cast Noah Centineo as the male lead. The relative newcomer to Hollywood previously starred in Freeform’s The Fosters.

To All The Boys I Loved Before was such a hit that Centineo was cast in several other Netflix originals (Sierra Burgess Is a Loser, The Perfect Date.) Netflix also chose to continue adapting the book series to movies. To All the Boys: P.S. I Still Love You continues the story of Lara Jean and Peter. It premieres February 12, 2020 on Netflix.

A third and final film in the series, To All the Boys: Always and Forever, Lara Jean, is on the horizon for Netflix, too.

Tell us in the comments if you plan to binge either for Valentine’s Day or perhaps you’re more interested in the new season of Survivor.