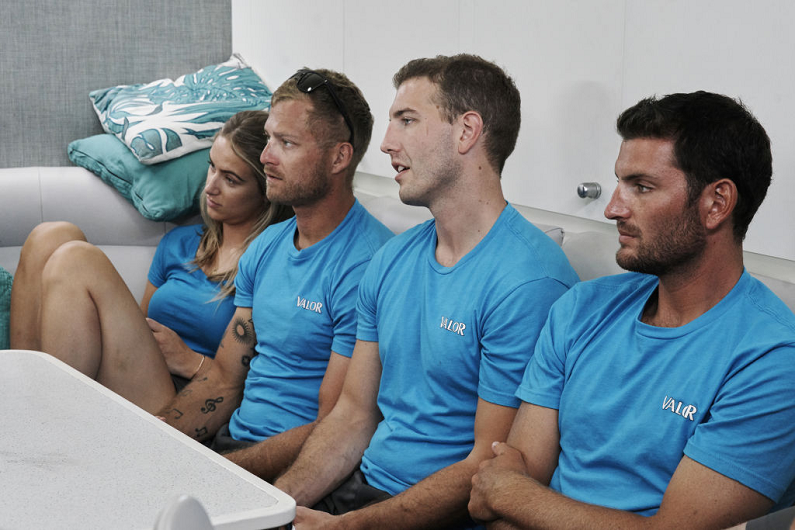 The Below Deck male crew members have plenty of regrets. Some of them have one thing they could go back and change while others aren’t quite sure where to begin. Maybe their fans can remind them. Below Deck Season 7 is the most explosive season yet. Fans complained over the toxic masculinity and misogyny that took place throughout the season. Some of the male crew members have expressed regrets over their actions.

Bravo asked some of the male crew members about their biggest regrets ahead of the upcoming reunion. Some crew members may surprise you. Others may have you rolling your eyes. Most of them were serious about their actions displayed throughout the season. They even admitted regret over some of their actions. But it may not be enough to satisfy fans.

Some male deckhands had too few regrets

“Probably making Courtney cry,” he admitted. Courtney was upset with the way Brian treated their relationship during the charter season. He watched some of the episodes and feels regret over how thing played out. Brian didn’t like seeing that he made Courtney cry on two separate occasions. In the last episode, he also alluded that he hooked up with Courtney even though she denies it, as reported by TV Shows Ace.

“When I watched the episode it kind of broke my heart,” Brian explained. He claims that he didn’t mean to make Courtney cry when she asked him where they stand on their relationship.

As for fellow deckhand Tanner Sterback, he admitted that he learned from some of the mistakes that he made. However, he wouldn’t name a specific regret. So, it’s hard to tell if he felt any remorse for his actions.

“I try so hard no to have any regrets,” he admitted. “Because it makes you learn from your mistakes and your experiences like that. But you just keep moving forward.”

While Tanner admitted that he enjoyed appearing on Below Deck Season 7, he says that he now appreciates “the small world I have.” Tanner has received his share of backlash from fans on social media. He probably regrets allowing them to get to know him on the reality series.

Of course, starring on a popular reality series doesn’t come without its share of backlash. Most reality stars receive some form of backlash at some point.

Captain Lee Rosbach shares his regrets on Below Deck Season 7

The captain was the most regretful over the season. While he didn’t personally see the bad behavior that took place this season, he was just as shocked and disappointed as the viewers were.

“Where do I start and with who,” he said. “The behavior of this crew mostly I thought was deplorable. And if I’d seen what I saw transpire on TV, there’d be a whole lot less people at this reunion than there are now.”

Captain Lee stated that he doesn’t “tolerate that behavior.” The upcoming previews for the Below Deck part-one reunion shows him walking off the set. He’s so frustrated with the crew that he doesn’t know what to do with himself.

The bosun regrets seeing the drama play out on television. Ashton admits that he regrets some of the things he’s said and done.

“From the outside it’s just extremely regretful to watch that type of behavior,” he said during his interview with The Daily Dish last month. “It’s tough to watch. Honestly it’s tough, and it’s embarrassing, and I’m ashamed of my behavior.”

Ashton doesn’t have any regret over how he led the Valor’s deck crew. He revealed that he’s still yachting since the season ended. He also started dating a woman who’s taught him about meditation and yoga. Despite the challenging season of Below Deck, he’s learned a lot.

“It’s tough on us that we have cameras on us 24/7,” he admitted. “But, you know, looking at it from a positive light, we get to see how we act and behave. We have the power now to make the necessary adjustments to better ourselves and to better our behavior and make sure those types of things don’t happen again.”

What are your thoughts on the male crew members’ regrets? Sound off below in the comments section.