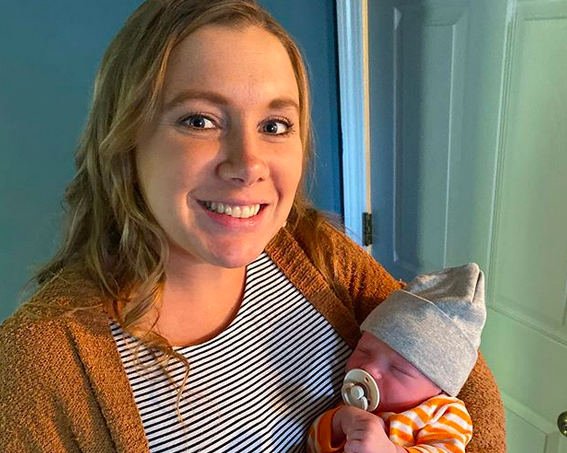 The Duggar family is often recognized for their strict, conservative, Christian values. They value women as homemakers and mothers. Even from a young age, the girls are helping out with the children and learning how to take care of the home.

Josh and Anna Duggar have six children. Mackynzie is 10, Michael is 8, Marcus is 6, Meredith is 4, Mason is 2, and Maryella is two months.

The mom of six is often sharing about her kids and what they are up to. While many fans think her posts are sweet, some fans aren’t so sure about how she’s raising her kids.

On Sunday, Anna shared a new post featuring her six children. In the photos, the boys are playing. But, the picture of the girls just shows them posing for the camera.

Her caption reads, “Nerf-gun wars & legos have kept us entertained this weekend! Hope you’re having as much fun as we are having at Pops & Lolli’s house! 💙 🔫”

In all of the pictures, the girls aren’t pictured playing. Some fans noticed this. So, they brought it up.

Because of this, Duggar fans began to get concerned that the girls didn’t get a chance to play. To some of Anna’s followers, it looked like Mackynzie was responsible for watching her baby sister. Several commenters told Anna to take care of her own baby. They thought that Mackynzie was stuck babysitting her little sister when the boys got to play with Nerf guns.

Based on the Duggar family’s standards, fans wouldn’t be surprised if Mackynzie already had to take care of Maryella. Some fans argued that Anna is “starting her young.” This all became concerning to fans.

After receiving backlash for her post, Anna decided to respond. When one of her followers asked, “Did the girls get to play too?”

To that, Anna said, “Yes! My girls played in the Nerf wars yesterday. They are super competitive and have a good aim — so l👀k out!!! 🎯 🔫”

In addition, some of Anna’s followers chimed in and defended Anna for taking the picture of Mackynzie with Maryella. One fan wrote, “I was baby crazy at that age, and my girl cousins and I would fight over who got the baby. No one ever had to force a baby on me.” Others shared similar comments.

What do you think of the whole thing? Are you surprised that Duggar fans worried about the girls playing too? Leave a comment below.