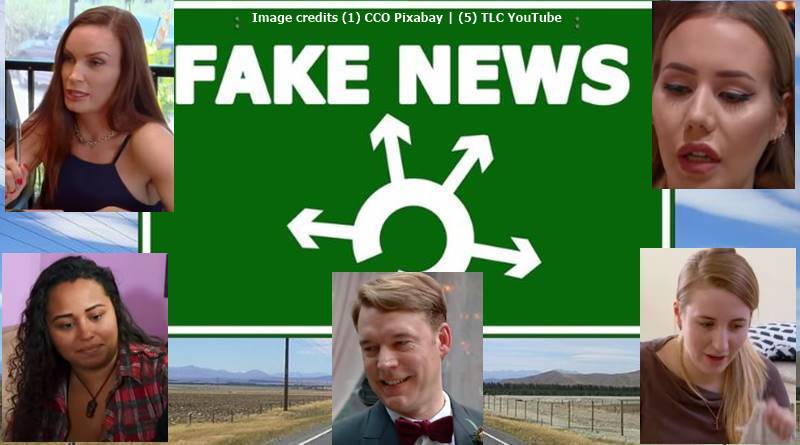 90 Day Fiance fans grew really irritated with Season 7 of the show. Many of them think some of the storylines are simply unbelievable. Others complain it’s obvious the stars are acting in some circumstances. Now, more and more of the castmembers join in with complaints about editing and scripting.

TV Shows Ace repeated at the end of January, that many unhappy fans called out TLC for faking storylines in Season 7. Every show comes with a certain amount of drama to keep the audience engaged. But, it seems now, that some of the dramas are simply ridiculous. In fact, Cheatsheet described them as “the most insane storylines to keep viewers coming back.” Accusations about it first came after fans heard about Jasmin Lahtinen complaining.

She felt that her relationship with Blake was simply misrepresented.  Actually, Jasmin married Blake in Sunday night’s episode, which made fans a bit freaked. After all, the storyline for them showed a cold and self-absorbed woman who seemed to have nothing in common with him. Jasmin got quite a lot of hate on her Instagram, and eventually, she told a critic that it’s just “acting” and “fake TV” on 90 Day Fiance. And, Robert’s ex-mother-in-law Stephanie Woodcock described the scene with the checkbook as faked as she doesn’t own a checkbook.

Before Jasmin complained, Michael Jessen ripped into TLC for the way they portrayed him on the show. It came after the prenup scenes where the kids explained how it works to Juliana. One of the newest cast members to describe their issues is Emily Larina. She took to Instagram to write about how sad she is that fans never saw the real man she loves. In fact, she wrote out his many redeeming features that she loves so much. For example, she said that they didn’t show the generous, kind and loving man she knows.

Even Syngin’s fiance, Tania Maduro claims the editing made her worse than she is, according to posts on Reddit. Well, fans hate on her so much, she got labeled as the most hated cast member ever. In fact, when news emerged the couple return in 90 Day Fiance: Happily Ever After, one critic noted that she deserved to get laughed at since she claimed the show’s so edited. But, in their case, a lot of fans just hope for Syngin’s sake that Tania’s not half as bad as the show made her out to be.

For a while, I was disappointed that the world didn’t get to meet the Sasha I know. The man I know is always thinking about how he can be a better provider for his family. The man who sees something in the store and says, “I want to send this to my father, son, brother, etc.” The man who doesn’t have a lot of possessions because he’s so giving. I remember asking why he was always giving his clothes away to his brother, and he’d say, “Because it’s better that he has them than me.” He would work split shifts but still come home on a long metro ride to check on me. He’s the kind of man who will help others and expect nothing in return. He’s never afraid to chase his dreams. When his family calls, he answers. I love you, and I’ll forever appreciate you for all you’ve done. I’ve come to terms with everything. I’ll keep the real you to myself. @alexander.g.larin #90dayfiance

While Season 7 of 90 Day Fiance seems to vary between outright craziness, to mega-boring, fans know some things were scripted in Ashley and Jay’s season. Recall that Ashley and Jay got caught out when he posted a live to the wrong Instagram account. They leaked their own leaks to get more ratings. After they got caught out, Ashley Martson accused TLC of making them do things. But, her popularity never really recovered despite her claims.

What do you think about all these fans and even cast members claiming TLC either edited their scenes or completely scripted them for the drama? Sound off your thoughts in the comments below.