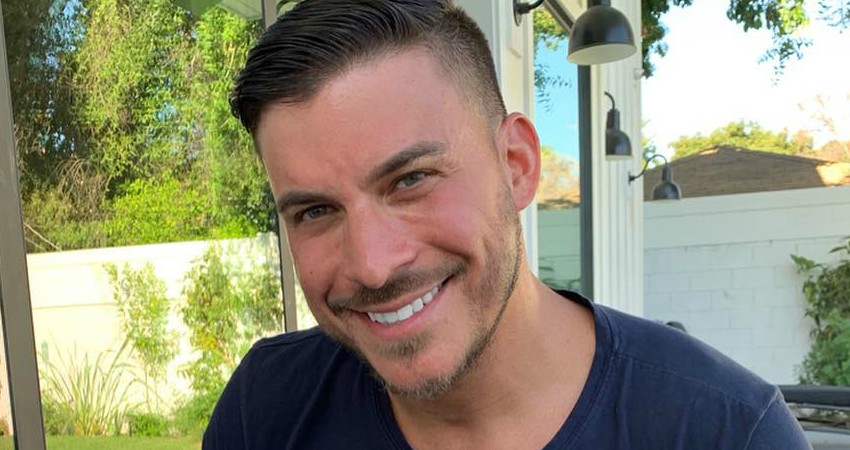 Vanderpump Rules has an interesting pipeline to the Hollywood elite. Lala Kent is engaged to be married to producer Randall Emmett. Not only that, but Randall will appear throughout the current season of VPR for the first time since the couple officially announced their relationship.

As longtime fans know, Lala was tightlipped about the mysterious man in her life during her first few seasons. In fact, no one was allowed to say his name. That’s because he was still married at the time. When Randall split from his wife, actress Ambyr Childers, in 2017, he went public with his “new” romance within a month.

TV Shows Ace reports that Ambyr and Lala are finally on good terms after years of feuding. It seems the cast of Vanderpump Rules is also warming up to Randall after years of shading him.

Last month, Hollywood gathered for the first major award show of 2020, the Screen Actors Guild awards. Lala Kent accompanied her fiance. A movie Randall produced for Netflix, The Irishman, was nominated for several awards, landing him (and Lala) a seat at a table near the stage.

At one point, a photo of iconic actress Meryl Streep caught Lala sitting in the background. The photo almost broke the Internet, as fans were livid that a reality star could grace the same frame as a legend.

Lala further angered the collective Twitterverse with a photo of her, Randall… and Brad Pitt at the Golden Globes. Yes, as in that Brad Pitt. According to Emmett’s Instagram caption, Brad is a huge fan of the Netflix film, telling Randall he watched it three times.

Well, we didn’t win but amazing to be nominated! Also #bradpitt told me he loved @theirishmanfilm and saw it 3 Times. Amazing night every which way!! @aldenlola @martinscorsese_ @goldenglobes #2020

In the photo, Jax and Emmett sandwich actor Robert De Niro, one of the stars in The Irishman.

While Robert De Niro wasn’t nominated, several other stars were. The film is also nominated for Best Picture, which means Randall and Lala will likely attend the ceremony.

Jax joined some of his other Vanderpump Rules stars for a brunch hosted by E! News. His wife, Brittany Cartwright, shared the photo on her Instagram. Also attending were Stassi Schroeder, her fiance Beau Clark and married couple Tom Schwartz and Katie-Maloney Schwartz.

Okay, that was so much fun but I still can’t believe the dang boys won!!! lol 😡😂 Thanks for having us for the Oscars Brunch @enews 💝 #PumpRules #rematch

This season on Vanderpump Rules, fans are seeing a breakdown in the friendship between Jax and Tom Sandoval. TV Shows Ace reports that Jax even regrets asking Sandoval to be in his wedding over the summer. The two clearly have issues still.

The Oscars are on ABC on Sunday, February 9, 2020, at 8 p.m. eastern. Fans can also livestream the event at the official Oscars website. A complete list of nominees can be found here.