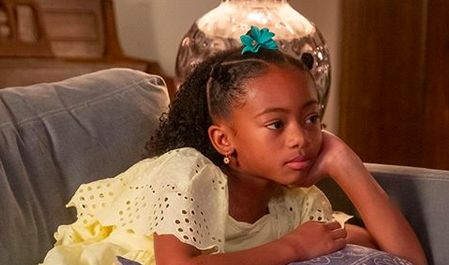 NBC’s This Is Us brings viewers all kinds of twists and surprises. Because of this, fans are often speculating about what’s going to happen next. There are certainly plenty of possibilities. The number of fan theories is always growing. With new episodes, new theories are created and others are squashed.

Occasionally, the writers and producers will drop hints about the show. As it turns out, creator Dan Fogelman isn’t afraid to squash theories either.

This Is Us deaths lead to sad fan theories

The writers and creators of the NBC drama haven’t gained the trust of the show’s audience. They have killed off a couple of characters, including Randall’s biological dad, William (Ron Cephas Jones). They also killed Jack Pearson (Milo Ventimiglia). These two characters were very loved by viewers. So, those two deaths were pretty dramatic and heartbreaking.

Here is your daily reminder to let the bubbles settle. #ThisIsUs

Because of this, fans are worried that another death is bound to happen soon. The show features plenty of happiness and heartbreak. So, the possibility of a death isn’t too far-fetched.

Fogelman and two of the co-showrunners were chatting with the LA Times. Isaac Aptaker, a co-showrunner, recently said, “People are wondering what it means that Kate signed her name Kate Pearson in the closing moments. We also thought it was much more clear that there was a rift between Kevin and Randall. But people extrapolated that perhaps there’s something bigger going on with Randall and the entire family. And look, whenever someone is not in a scene, viewers are always wondering if the character is dead.”

Aptaker talked to TV Line, saying, “You should be wondering where they are, but not fearing the worst. I hope that people know our show [well] enough to know that we’re not going to just gratuitously kill off small girls.”

The possibility of Annie‘s death came after the Season 3 finale. The finale featured a flash-forward.

In the finale, fans got a glimpse of grown-up Tess and her father, Randall. But, This Is Us viewers noticed that Annie wasn’t seen. In the interview with the LA Times, Fogelman confirmed that Annie’s death isn’t going to happen. The creator said, “People constantly think Annie is dead. Like, guys, we’re not killing Annie.”

This comes as a relief to many fans of the show. They especially like Randall’s daughters, even though they don’t have major roles in each episode.

Did you think Annie was dead in the flash-forward? Share your thoughts on Fogelman’s and Aptaker’s statements.