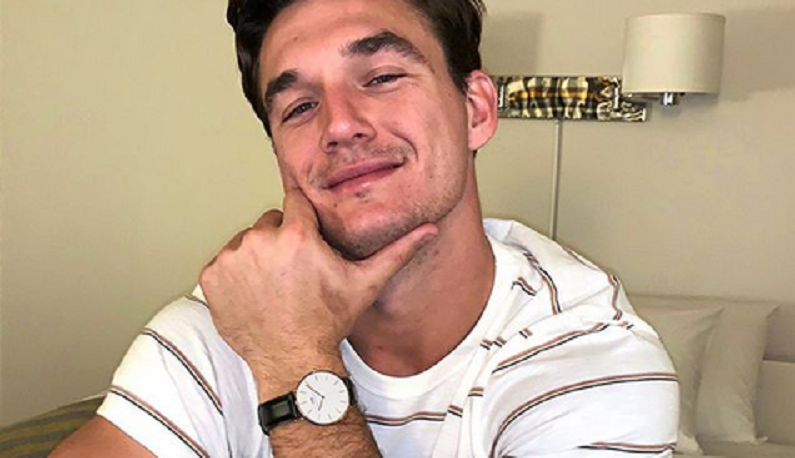 Tyler Cameron is willing to “date anybody”

The Bachelorette hunk was open about his relationship status, as reported by Life & Style. Tyler made it clear that he’s single and ready to date some more. He hasn’t done enough dating. During the interview, Tyler was asked if he would date any other women from Bachelor Nation. He admitted that he “would date anybody” from the franchise. That’s when Tyler was asked if he liked any of the women from Peter Weber’s season. He admitted that he hasn’t caught up with Season 24 like the rest of us have.

Tyler had a deep connection with Hannah Brown from The Bachelorette. However, it didn’t work out between them. As you know, Tyler ended up as Hannah’s runner-up to Jed Wyatt. He was hoping for more and then was left brokenhearted.

He didn’t seem too sad over it though. Aside from appearing on The Bachelorette, he has been linked to Gigi Hadid and Kylie Jenner’s BFF Anastasia “Stassie” Karanikolaou. But that doesn’t mean he’s still not missing Hannah Brown.

Bachelorette alum thought he was going to be with Hannah Brown

Tyler made it clear that he wanted a relationship with Alabama Hannah. As Life & Style reported, he assumed that he was going to be the last man at the season finale of The Bachelorette. While their relationship got off to a rocky start compared to the other contestants, he felt that they had something real. Hannah chose Jed Wyatt while the Florida native was the runner-up. Once they discovered their chemistry, Tyler thought he found the love of his life.

“Our relationship really picked up a lot toward the end,” he said on the podcast. “I really thought I was going to be her guy and that we were going to make this work and it was tough, for sure.”

Tyler and Hannah briefly got together on After the Final Rose when she asked him out for a drink. That’s when she revealed to him that she ended her engagement to Jed. The model even dropped everything to be with her. He was photographed leaving her apartment at one point. But Tyler and Hannah’s romance fizzled out and he went on to be romantically linked with most of Hollywood.

Tyler is now single and ready to mingle. But that doesn’t mean he’ll become the next Bachelor. Instead, he has a new show in the works called Barkitecture, which is about building luxury homes for people’s dogs.

Don’t forget to follow TV Shows Ace for the latest news on The Bachelorette.