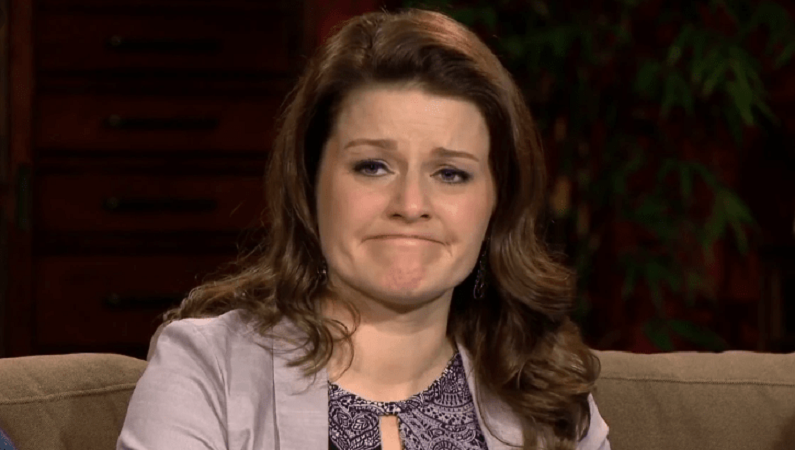 Sister Wives Robyn Brown wanted to make Valentine’s Day more special. She has a little more pull over the other wives since she is Kody’s legal wife. She wanted to make the romantic holiday fun for the entire family.

Kody has to be especially cautious when it comes to Valentine’s Day. Men in monogamous relationships already have a hard time showing their love on this holiday. Imagine being a husband in a polygamous relationship. Kody and his wives decided to make their Valentine’s Day all-inclusive and family friendly. But, it’s his wife, Robyn, who gets credit for the idea. She also broke one of the Brown family’s biggest rules.

Robyn Brown was the latest wife to become Kody’s wife 10 years ago. She shook up the family structure and changed the way that they celebrate holidays. Robyn wanted to remove the romanticism out of Valentine’s Day. Her goal was to make the holiday a special day that the whole family can enjoy together. Fans will get a glimpse of their Valentine’s Day on Sunday night’s episode of Sister Wives.

Love will save the day. #Godisgood #loveoneanother

The family simply throws a party with their choice of bread, party dip, fruits, vegetables, as well as other goodies, as reported by Soap Dirt. Robyn taught them the fine art of dipping their favorite snacks into melted cheese or chocolate. Valentine’s Day is a day where the entire family gathers to celebrate their love for one another. In addition, each of the wives receives a beautiful bouquet of flowers and gifts from Kody.

She also broke family tradition when it comes to PDA

That’s not all that Robyn started. She also broke this number one family tradition. The Browns are very affectionate when it comes to showing their love for their children, as reported by TV Shows Ace. However, Kody and his wives have agreed not to display affection in front of each other or their kids.

Robyn feels that this rule should be broken on Valentine’s Day. You’ll get to see that on tonight’s episode. In a new clip, Robyn receives a bouquet of flowers from Kody. She broke that rule giving him a hug and kiss in front of the other wives.

This came as a surprise to Christine, Janelle, and Meri. Robyn defended her decision to break this rule. She said during her confessional interview that she’s allowed to show her appreciation for her husband if she wants to. Robyn feels that it’s not a big deal to kiss and hug her husband as a sign of her gratitude.

Unsurprisingly, Meri has a problem with Robyn’s broken rule. That’s probably because her relationship with Kody is strained these days. The couple acts like friends rather than husband and wife.

Don’t forget to check back with TV Shows Ace for the latest news on the cast of Sister Wives.