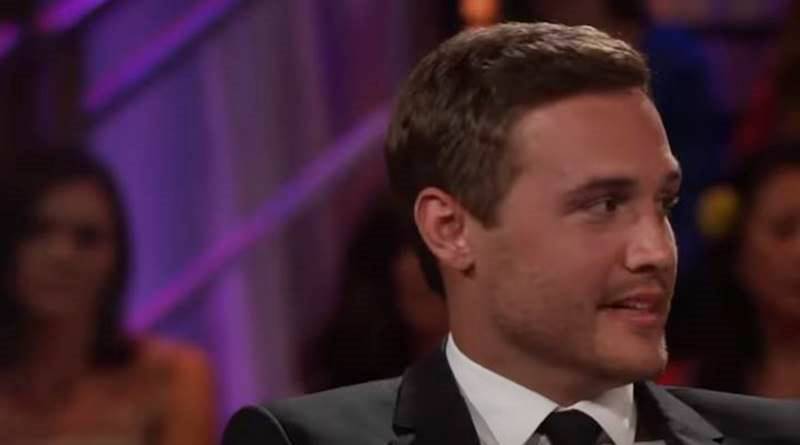 The Bachelor 2020 has already brought some twists and turns to Peter Weber’s season. Hannah B appearing on the premiere set the tone. Then came plenty of nearly-promising women who ended up being sent home after cat-fighting. Now, a cryptic video showing Peter, a pottery wheel and a rose that pays homage to the movie Ghost suggests something unforeseen.

Does Hannah B come back to Peter Weber in the end?

Fans knew from the beginning of the current season that there’s a possibility Peter might ditch someone else in favor of giving his rose to Hannah Brown right at the end. TV Shows Ace reported that even Reality Steve doesn’t think that’s the case. But he never came up with the final choice either. And, Peter said that nobody can spoil his ending. So far, that looks correct. But, a new clip emerged that might throw Hannah right back into the mix again.

People reported on the cryptic message that came out for The Bachelor “set to air during the 2020 Oscars telecast on Sunday.” They got ahold of an exclusive sneak peek. In the video, there’s a pottery wheel and a lump of clay. A red rose sticks out of it. Peter arrives, and the wheel starts spinning around. As the wheel spins around, the rose spills to the ground. In the end, there’s an empty clay vase, but the rose is gone. That suggests nothing about Hannah B, but the homage to Ghost certainly brings her to mind.

Ghost homage, could it refer to Hannah Brown?

The music in the clip is Unchained Melody by the Righteous Brothers, the soundtrack for the movie. Plus, the setting in the room’s reminiscent of the “iconic, sexy scene from the Oscar-winning film,” People noted. As the outlet noted, “Let your imagination run wild until Sunday,” and it sure got ours going. Of course, it’s possible the rose falling out could apply to any one of the contestants. But Hannah comes to mind because of the symbolism and the lyrics.

Recall in the movie, Sam the murdered banker, fell head over heels in love with Molly Jensen. But Sam was killed by his friend Carl. His powerless spirit wanted to set things right but couldn’t do it on his own. So, he used a psychic to make it all right and protect Molly from Carl. Stretching our imagination, could it refer to Tyler Cameron and Hannah asking him out for a date? After all, Tyler and Peter got along quite well. Maybe he even thought of Tyler as a friend. But The Bachelor lead claimed on the Bachelor Happy Hour Podcast that Hannah told him she’d like a date with him.

The date that never happened for Peter Weber

In the podcast, he sounded quite bitter, noting that he fully expected that date to be extended to him. So he felt shocked when Hannah extended it to Tyler. Meanwhile, he also added that Tyler constantly texted Hannah, like pushing her for a date. Does he feel betrayed by Tyler? Is Tyler Peter’s Carl from the movie? Did Peter feel helpless and restless as he saw Tyler immediately hurt Hannah by dating Gigi Hadid so quickly after his date? After all, there was nothing he could do to protect her.

Then look at music in The Bachelor preview. It’s Unchained Melody, and here are the lyrics:

Oh, my love
My darling
I’ve hungered for your touch
A long, lonely time

And time goes by so slowly
And time can do so much
Are you still mine?

These words certainly don’t seem to relate to anyone new in Bachelor Peter’s life.

Summarizing the theory from The Bachelor sneak peek

The rose that fell off the clay could easily refer to the way Hannah ditched Peter for Tyler. Peter still thought he was in for a chance, but he simply went home an empty vessel. The obvious love he felt her Hannah could be represented by the lyrics of the song. And, the Ghost itself could indicate that he felt Hannah ghosted on him when she extended that date to Tyler Cameron on The Bachelorette.

However, naturally, it might not symbolize anything to do with Hannah. After all, we reported that Hannah never ruled out a return to Bachelor Nation. All fans can do right now is speculate, just as we did, that the cryptic message in the Ghost scenario might refer to Hannah Brown. What do you think? Sound off your thoughts in the comments below.

Trent & Jonah Johnston Enjoy Some Father And Son Bonding
‘My 600 Lb Life’ Milla Clark: Where Is She Now And How Is She Doing?
What Is ‘Bachelorette’ Katie Thurston’s Net Worth?
Khloe Kardashian Considers Kanye West ‘Family’ Despite Kim K Divorce
WOW!! Zoey Klein Shows Off Impressive Water Skills