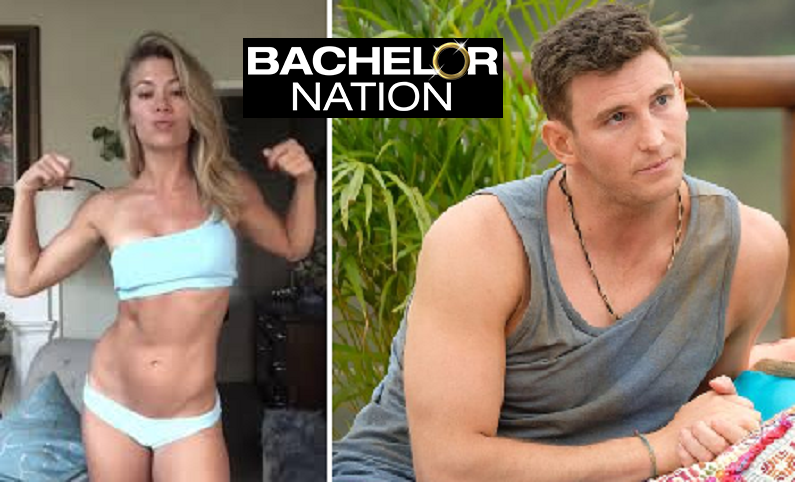 Bachelor Nation is on the attack. Former contestants have come out of the woodwork to attack the very show that made them famous. Bachelor alum Krystal Nielson called the franchise a “toxic environment.” Meanwhile, resident bad boy Blake Horstmann called the producers “evil.”

The Bachelor franchise is already having a bad week. Spoilers are leaking. Fans suffered through five hours of drama just to see two contestants go home during Peter Weber’s season. The Bachelor has had its share of drama with controversial contestant Victoria Fuller. Then there was Mykenna Dorn’s cringe-worthy anti-bully speech to Tammy Ly.

That’s not all. Victoria F. has received her share of backlash off the show. Victoria and Sydney Hightower responded to fans after they were accused of being on the show for the wrong intentions. In fact, most of the contestants have received backlash from Bachelor Nation. Even Peter has responded to the criticism that he’s the worst Bachelor to ever exist. Ouch.

The drama isn’t dying down anytime soon. Bachelor Nation is just getting started. During her interview with Us Weekly, Bachelor and Bachelor in Paradise alum Krystal Nielson revealed she wouldn’t allow her kids to watch the show.

“It’s so crazy watching [The Bachelor] because it feels like such a toxic environment they’re in,” Krystal admitted. “Honestly, I just think it’s really scare.”

Krystal is not saying that the show itself is toxic. She just thinks it’s created a toxic situation with the rest of Bachelor Nation. She’s critical of what the contestants put up with because of their past. Krystal also revealed that she would “probably be OK” if her kids ended up on the show. But, she would be fearful of anything coming out about them.

“Seeing all this stuff come up for the contestants now, like, blasts from the past [means] anything could be exposed on this show now, especially with how they are leaking everyone earlier.”

However, she would have to change her mind if the show continues “at the rate [it’s] evolving,” she added, mentioning the drama among the women. “It’s more toward this, like, catty environment. I wouldn’t want them in that.”

Krystal doesn’t regret being on The Bachelor. She would go back in time and do it again in a heartbeat. And, she would support her future kids’ decision.

“But I would totally be fine with them being in the environment that I was in because that was splendid.”

BIP alum Blake Horstmann has a different experience on the show

It seems like every season of the Bachelor/Bachelorette has its resident villain. During Season 6 of Bachelor in Paradise, that title belonged to Blake Horstmann. The former Bachelorette contestant received backlash from Bachelor Nation for hopping woman to woman without any remorse. The reality star claims that his reputation was ruined by the producers on BIP, who he calls “evil.”

As reported by the Indiana Daily Student, he dished on the show during his appearance at Indiana University. Blake claims that the show didn’t look anything like paradise. He explained that the conditions were terrible. Blake lost a lot of sleep because of the spiders and monkeys that would crawl in their rooms due to the tropical climate. But it’s not just the conditions that were horrible, according to Blake.

“The producers are evil, but they’re very good at their jobs,” he admitted. “Paradise is another level of torture. I literally wanted to walk in the ocean and keep walking.”

Blake will not be returning to the Bachelor franchise anytime soon. He left BIP alone and is currently not dating from Bachelor Nation.

What are your thoughts on Bachelor alumni coming for the franchise? Sound off below in the comments section.