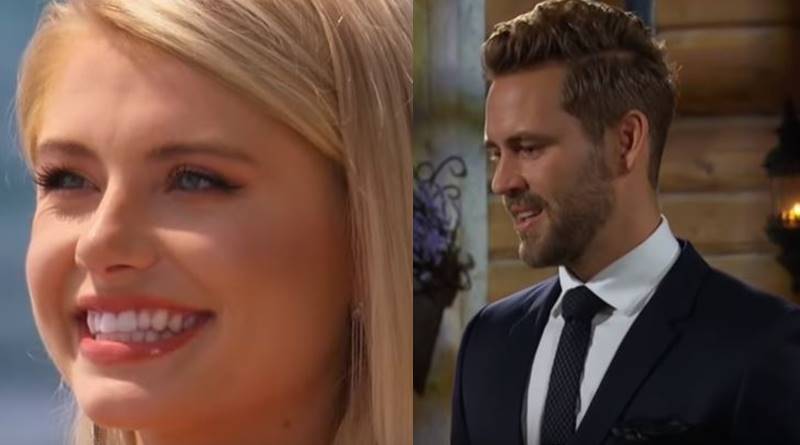 The Bachelor Nation fans saw Nick Viall plenty of times on the ABC franchise. Considered a veteran after multiple appearances, he now threw out his thoughts on the lead for next The Bachelorette. Probably, he’s well-qualified in holding an opinion. And, he may have hit on a doable and interesting idea by suggesting Demi Burnett as the lead.

The Bachelor fans saw Nick Viall many times before

Nick, never a huge favorite with fans, managed to land more appearances than most. Recall that he first starred on The Bachelorette‘s Season 10. He then returned in the following season with Kaitlyn Bristowe. Both times, he managed to end up losing out between him and other final constants. But, ABC, not done with him yet, later featured him in Season 3 of Bachelor In Paradise. There, he thought about who he might actually want as a life partner.

Although other Bachelor Nation cast members rated higher in fan approval, Nick then landed the lead in The Bachelor Season 21. Now, he’s talking about Demi Burnette as a returnee. Demi featured in Bachelor In Paradise, Season 6, where she and her girlfriend Kristian Haggerty made her the first same-sex couple on the franchise. They later broke up though.  TV Shows Ace reported that fans grew really upset because Kristian wasn’t previously a part of the ABC cast. Later, fans saw Demi on Colton Underwood’s The Bachelor.

The fact that Demi enjoys either males or females sounds interesting to Nick Viall. He spoke to US Weekly about why he thinks Demi should be considered for the next The Bachelorette. Bear in mind, that many fans don’t feel the contestants of Peter Weber’s show have much appeal. In fact, Nick’s suggestion they look elsewhere might have some merit.

Nick told US Weekly that “if [ABC] were to cast her, it certainly could be an interesting element knowing that she’s attracted to both men and women. That would be an interesting element to potentially incorporate.” He suggested both female and male constants. Think about that spin in the Bachelor Nation. Certainly, it could mix things up from what fans saw in the show before. And, ABC seems to be reaching for different scenarios these days. But obviously, it’s way too soon to know if ABC even considers Demi for the role.

ABC beat TLC to a same-sex couple when they brought Demi and Kristian to BIP. After a terribly boring Season 7 on 90 Day Fiance, they announced a same-sex couple for their spin-off, Before The 90 Days. Fan interest suddenly went up again, across social media. If that appeals to the audience, certainly a spin where the main lead’s a female and both men and women compete opens a brand new concept.

What do you think about Bachelor Nation’s veteran Nick Viall suggesting Demi Burnett as the lead for The Bachelorette? Do you think fans would be interested in watching it? Sound off your thoughts in the comments below.

Remember to check back with TV Shows Ace often for more news about The Bachelor and The Bachelorette on ABC.

Carlin Bates DRAGGED For Making Everything About Herself
‘Welcome To Plathville’ Preview: Will Olivia Stay Or Go?
‘Prisoner Of Love’ Season 1 Finale SPOILERS!
‘OutDaughtered:’ Where Are The Busbys? Social Media Absence Explained
Former ‘Unexpected’ Star Lexus Scheller Is A Mom Again