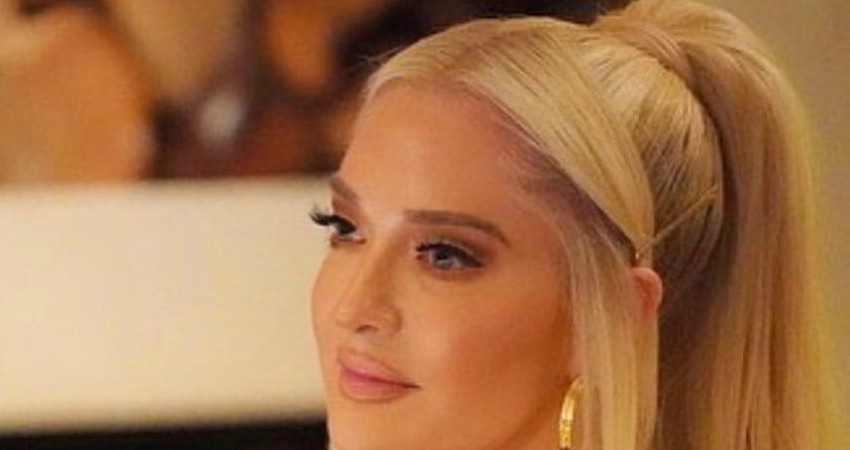 Shots fired! The Real Housewives of Beverly Hills star Erika Jayne dishes on missing Lisa Vanderpump and if the show can survive without the British restaurateur.

Lisa left the Bravo show after a disastrous Season 9, where the cast turned against her. After a puppy Dorit adopted ended up in a kill shelter, Lisa’s co-stars accused her of leaking a story to make Dorit look bad.

Lisa denied it, but the damage was done. Her friendships with Kyle Richards and Dorit never recovered. Erika and Lisa were never close to begin with and often had words.

During an appearance on The Wendy Williams Show, Erika was asked if she missed Lisa Vanderpump. Without missing a beat, Erika replied in the negative. She said,

“I don’t think so. I personally do not miss her.”

Erika elaborated by saying the old Hollywood adage, “The show must go on.” According to Erika, everyone, even Lisa, is replaceable on the show.

Erika Weighs in On Drama Between Denise Richards and Brandi Glanville

Much of the talk about the show’s upcoming 10th season revolves around an alleged affair. Brandi Glanville claims she had a months-long relationship with actress Denise Richards, unbeknownst to Denise’s husband.

Denise denied the affair rumors through her spokesperson. She also personally denied rumors that she quit the show.

When asked by the talk show host about the affair, Erika played coy. She said that she has her own opinion but she’s keeping it to herself. The Broadway star did assure fans that they will see both Brandi and Denise’s sides of the story play out this season.

How the RHOBH Star Met Her Much-Older Husband

Erika’s marriage to Tom Girardi is something that has been addressed on the show many times. There is a 30+ year age difference between the couple. Erika has faced constant accusations that she’s a golddigger, despite being married to the wealthy lawyer for 20 years.

Wendy brought up the elephant in the room and asked Erika how she met Tom. As a cocktail waitress in L.A., Erika answered. She revealed that the now-couple didn’t even go on a date for a year after meeting.

According to Reality Tea, some of Erika’s RHOBH co-stars surprised her after the Chicago debut by bringing flowers onstage. Erika’s rehearsals for the Broadway show will likely air during Season 10.

Bravo has yet to announce when exactly The Real Housewives of Beverly Hills will return in 2020. Check back with TV Shows Ace for updates.

‘My 600 Lb Life’ Milla Clark: Where Is She Now And How Is She Doing?
Rivers Waldrop Rushed To Hospital After Nasty Fall
Joy Forsyth’s Son Gideon Goes From Excited To Terrified In Sweet Video
Briana DeJesus Just Got Engaged… Is It Already Over?
Kaitlyn Bristowe Encourages Katie’s Blake Moynes Relationship