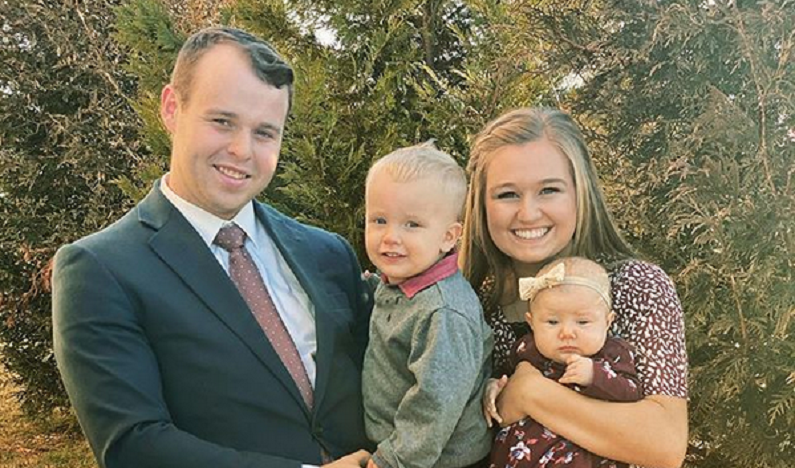 Kendra and Joseph Duggar’s net worth is being questioned. Fans are wondering if the Counting On stars are running low on money. This comes after Kendra started posting ads on Instagram.

Being a reality star doesn’t come without its share of controversy. But it seems like Jim Bob and Michelle Duggar’s kids get more scrutiny. Of course, they agreed to be on reality TV. That comes with a cost. Even if they’re out in the public eye, there’s still a lot that fans don’t know about the family. They tend to keep their finances on lock.

Kendra and Joseph Duggar are looking to make some money. Kendra posted an advertisement for a product on her Instagram Story. Read on to find out what’s going on with these crazy Duggar kids.

It’s no secret that Kendra and Joseph make money from Counting On. It’s also been reported that Joseph now flips homes for a living. But, Kendra’s latest Instagram Story has fans wondering if they need more money.

She posted an advertisement about the “Vanity Planet facial cleansing brush” that she’s “excited to use.” Kendra explained to her followers how to use the product, as she demonstrated it on her face. Her fans aren’t buying it. Literally. One fan took to Reddit to remark that Kendra’s Instagram Story “was really hard to watch.”

“It is definitely not that hard to be an influencer yet none of the wives are able to do it without looking deeply confused or terrified,” the fan commented.

Another fan wrote: “Did you see the small cringe when it touched her face? ‘Oh Lord. Protect me from this brush. I just need the money.'”

Kendra is trying her best to embrace the influencer lifestyle. But, it’s not working when she’s obviously cringing in the video. She’s not the only Duggar to advertise these products. TV Shows Ace previously reported that Jana Duggar also makes money on Instagram by promoting Vanity Planet’s skincare and health products. Lauren and Joy-Anna also did similar ads. It’s obvious that Kendra was inspired and wanted to give it a shot. But, she’s going to have to make it look like she genuinely loves their products if she wants to work for the brand.

As Showbiz CheatSheet reported, the Duggars make money from the reality TV life. Most of the family members don’t work as a result of it. Kendra and Joseph make their living from their frequent appearances on the TLC show. Their wedding episode alone earned them a lot of money.

We so enjoyed our date night😍 First time out with just the two of us since sweet Addison arrived! It feels so strange not carrying a diaper bag and a car seat with us everywhere😆 Thank you @thecaldwellfamily for watching the littles💙💖

Even though most of the Duggars never went to college, Joseph wanted to pursue higher education. Back in 2016, Joseph finished a year at Crown Bible College. But, after graduation, he wanted to focus on the family business. He got into construction instead. He has since acquired his CDL license and real estate license.

What are your thoughts on Kendra Duggar’s Instagram Story? Do you find the advertisement convincing? Sound off below in the comments section.

Check back with TV Shows Ace for the latest news on the Duggar family.