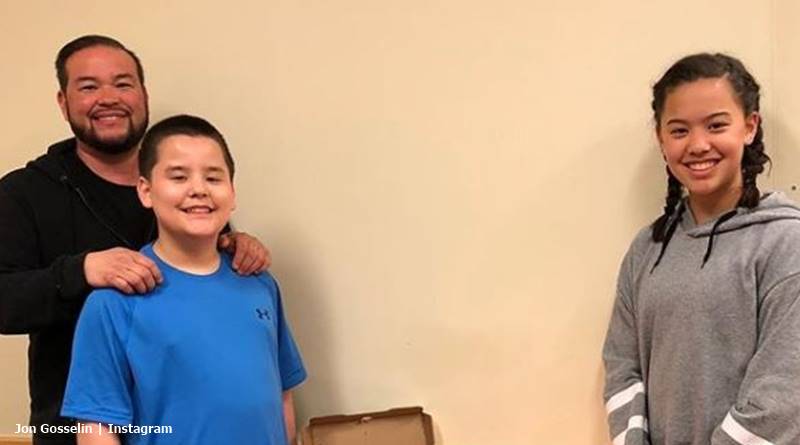 Jon Gosselin fans heard that Kate won’t allow their son Collin to see his other siblings. The news came out via the Firstclass Fatherhood Podcast earlier this week. Apart from his concerns about “alienation” between both parents and kids, he also talked about the cost of all the custody cases over the years. In fact, he claims she cost him over a million dollars.

Jon Gosselin’s not wealthy—he might have spent all his cash on the court cases.

TV Shows Ace reported that during the podcast, Jon Gosselin said he fought his ex-wife Kate for 12 years. And, finally, he got custody of two of them. Collin requested he take him in after Kate lodged him in an institution. Plus, Hannah asked to live with her dad. These days, a court-appointed guardian (guardian ad litem), who acts as a mediator, or independent parent helps in the various court hearings. The guardian means that he spends less time in court, as the judge gets the unbiased truth of the situation.

Court costs a lot of money, and Jon also noted on the podcast, he and his girlfriend Colleen don’t live in a particularly good area. He likes the idea of the guardian, as it takes the load off the courts who deal with crime. It seems like Jon’s not wealthy. Despite featuring on the Jon and Kate Plus 8 show for years, probably he spent any savings on combatting Kate in court. Today, he runs a DJ business, but wealth seems unlikely in the long run.

“Meanwhile … back in the working world!” Friday June 14th. Come Celebrate the end of a long work week with me at the best Deck Party in PA at Mountain Valley from 6-10pm. #summervibes

Over a million dollars spent on custody cases against Kate

During the podcast, he said that just getting the custody of two of his kids cost him $1.3 million. Over the years with nine lawyers, the whole issue cost him over a million. That’s a lot of money. But, for Collin and Hannah, and probably Jon, it’s all been worth it. Cafemom noted that the two kids seem extremely happy with their dad. From Jon’s social media, the outlet noted, “It’s pretty obvious that living with their dad was the right choice for everyone involved.”

As to fighting for custody of the other kids, it looks like Jon Gosselin put that on the backburner for now. He mentioned during the podcast, that now it’s up to the kids to decide who they wish to live with. So far, there’s no indication any more of them choose him. Mady and Cara seem out of the equation now as the twins attend college. Maybe as adults, they’ll one day reach out to their dad. Meanwhile, very little comes out about the other four of the sextuplets living with Kate. Potentially though, they may reach out to Jon as they do get to spend some time with Hannah.

What do you think about Jon Gosselin’s claim that he spent over a million dollars on custody cases against Kate? Do you hope that as the kids grow older they may reach out to their dad like Hannah and Collin? Sound off your thoughts in the comments below.