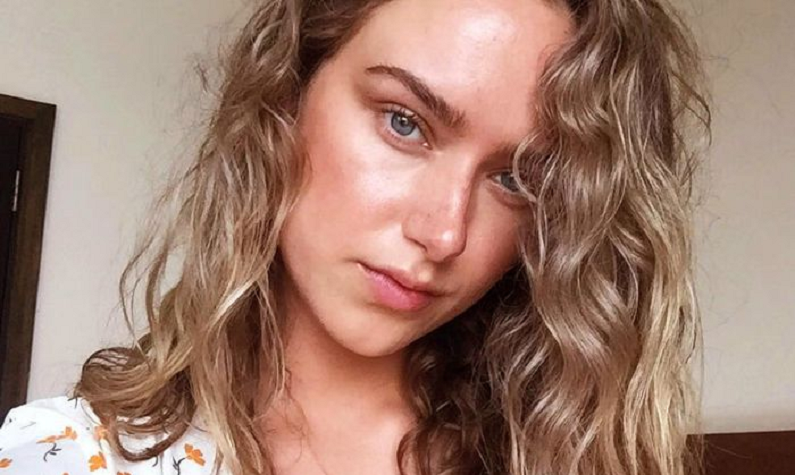 On the Below Deck After Show, Rhylee Gerber claimed that the two hooked up in the ocean during the group’s last night out together. Even Brian alluded that they had sex on last Monday night’s episode. On his appearance on Below Deck After Show, he made it clear that they spent the night together in the guest cabin. Courtney caught wind of the rumors and is putting them to rest.

Rhylee Gerber is someone who doesn’t hold back. She’s always forthright and honest, even if it gets her in trouble. But is she spreading rumors? On the Below Deck After Show, Rhylee claims that Courtney and Brian hooked up in the ocean. Courtney shut down those rumors and said she was “swimming like everyone else swims.”

The producers asked Courtney if she had a “swimming buddy.” Courtney said that Brian was her “swimming buddy,” but they were only swimming. No funny business happened. Other than drinking too much, it was a wholesome night out.

Courtney also claimed that she woke up alone in the guest cabin. But then she laughed and backtracked on her previous statement. She admitted that they did sleep together in the guest cabin. It’s still unclear what happened between Brian and Courtney that night, and it’s doubtful that we’ll find out more.

Did they end up together after Below Deck?

“I still liked him, of course,” she said. “We just had general chemistry, and I wanted to be around him. You want to be around someone you like.”

However, the couple is no longer together.

“No we’re not together now,” Brian said during his After Show segment. “I didn’t want to end everything on a bad note. We did have some good times, myself and Courtney. I just wanted to fix things. I think it was just a goodbye that last night.”

Courtney said that she invited Brian to spend more time with her after the charter season, but he declined. Brian decided to spend another week in Thailand with Ashton Pienaar and Tanner Sterback instead. That decision didn’t win Courtney over.

“He preferred to spend time with the boys, which is his prerogative,” Courtney said. “But that’s not what I look for in a partner.”

Brian has a few regrets about the charter season

He’s had time to reflect on the tumultuous charter season. He talked about his time on Below Deck in a recent Instagram post. In the post, Brian admitted that he “would have done some things differently.” Being on the reality was a “massive learning curve for sure.”

Brian also apologized to anyone who was offended by his behavior. He concluded his post by thanking his fans for the love and support he received. He also sent “much love” to his fellow crew members.

Brian and Courtney may discuss their relationship and their last night together on the upcoming Below Deck Season 7 reunion. The two-part reunion airs Monday, Feb. 10 at 8:00 p.m ET.