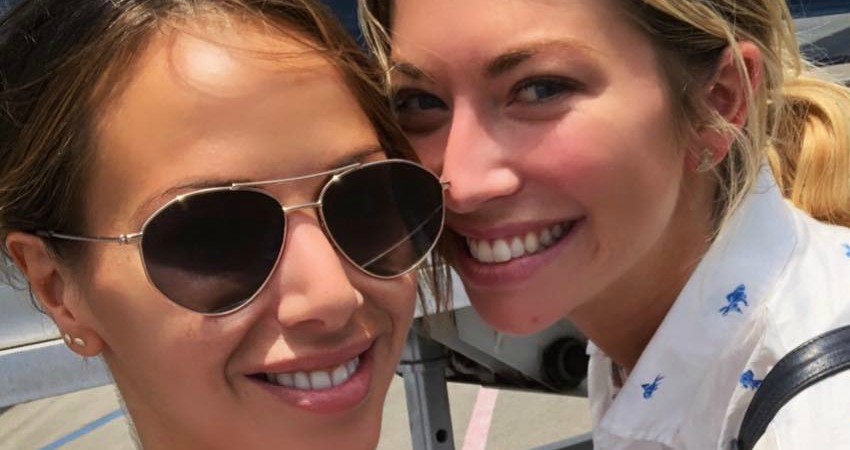 Vanderpump Rules witnessed a few surprising events on Tuesday night’s episode. And no, we don’t mean the creepy old men of SUR segment. If you missed it, Jax Taylor and the two Toms dressed up as old men to celebrate Jax’s then-upcoming wedding to Brittany Cartwright. The couple married in summer of 2019 but fans are just seeing the footage now.

VPR‘s Kristen Doute and Stassi Shroeder argued bitterly during a group dinner before Brittany’s Bachelorette party. The fight was over Kristen’s continued involvement with Brian Carter amid her insistence they broke up.

As fans know, the longtime friends aren’t on good terms at the moment over the situation-ship between Kristen and Carter. Stassi said she doesn’t feel Kristen is being honest with her friends about the status of the relationship.

On the other hand, Kristen feels that Stassi and VPR co-star Katie Maloney-Schwartz should listen and be there for her regardless. During dinner, Stassi kept announcing to the others that she and Katie were “bad friends,” something Kristen strongly implied at the Season 7 reunion.

The feud wasn’t the surprising part. That came later in the Vanderpump Rules episode when Kristen and Stassi had a much calmer discussion.

Kristen and Stassi Seemingly Made Up, So Why Are They Still Fighting?

Towards the end of the episode, Kristen and Stassi had an emotional discussion about the state of their friendship. Both ladies assured the other that they still love each other and will always be friends.

Kristen admitted that she was “hurt” by her friends not having her back. Stassi described her feelings as “frustrated.” Her frustration grew when Kristen again said her relationship with Carter was over. As the best-selling author noted, Carter had a set of keys to Kristen’s new house.

Luckily, both women were sober and able to keep the conversation from getting heated. Rather, they both expressed their feelings for one another. Stassi said,

“I understand things have been complicated, but no matter what, you’re gonna have me. Like, I want to be one of your best friends. I never want that to change.”

The two then embraced and the show was over for another week. Less than a year later, things have changed somehow. Stassi appeared on Watch What Happens Live after the show. She said she doesn’t know if Kristen will be invited to her October wedding. It’s still a toss-up, a 50/50 chance.

TV Shows Ace reports that Stassi will have nine bridesmaids for her wedding in Italy. As it stands right now, it doesn’t seem like Kristen will be one.

However, there is hope, according to Us Weekly. Stassi says that she truly feels the former besties will hash out their differences at the reunion taping. If they do, Stassi is open to sending Kristen a wedding invite.

Kristen and Stassi Have Been Through Worse Times

This recent feud between the VPR stars is the least of their fights. During Season 2 of Vanderpump Rules, Stassi discovered that Kristen slept with Jax when he was trying to get Stassi back. Who can forget the slap heard around WeHo when Stassi found out?

The former SURvers met in 2010 at the Lisa Vanderpump restaurant. Their friendship suffered with the affair revelation. Stassi leaving the show for Season 4 to move to NYC. The reality star was back in LA the next year and briefly roomed with Kristen.

It was mostly smooth sailing from then until now. Kristen actually introduced Stassi to her now-fiance, Beau Clark. First signs of trouble in the friendship surfaced during the cast trip in Season 6.

Kristen, the notoriously anxious traveler, ended up leaving the trip early because she missed Carter. At the Season 7 reunion, Kristen admitted the couple broke up, but fans are now seeing on-screen that that isn’t entirely true.

Vanderpump Rules Season 8 airs Tuesdays on Bravo. The drama between Kristen, Stassi and Katie is just heating up. Tell us in the comments if you think there’s hope for the ‘Witches of WeHo’ becoming friends again.