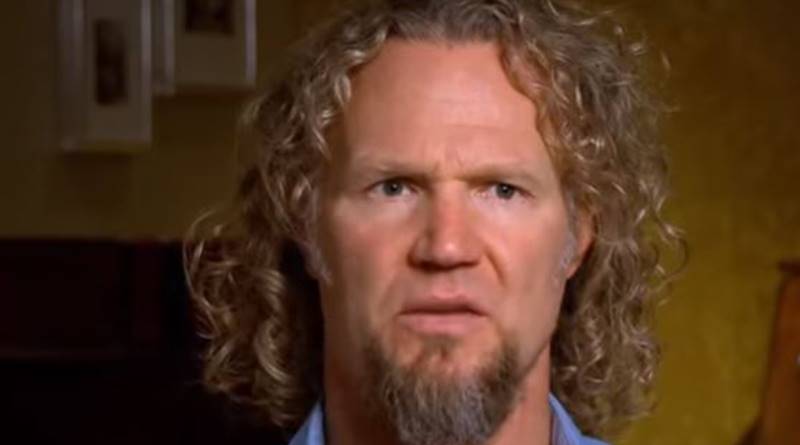 Sister Wives took a break for the Super Bowl, but it returns on February 9. So far, this season has brought a lot of conflict between the wives about Kody Brown’s idea of moving into one giant home. Fans saw Christine Brown, in particular, dead against the idea of it. In Kody’s tweets and a recent podcast, he practically admitted the idea’s more for him than the wives. He struggles with keeping all four wives happy. Maybe this explains why none of his kids ever followed his lead.

Kody joined the podcast Reality Life With Kate Casey. During the conversation, he noted that “Plural marriage is very, very vulnerable.” Well, that pretty much ties in with what Robyn said. As fans saw in the preview for the season, sometimes she feels plural marriage makes the women feel “disenfranchised.” But what many fans might not realize, is that Kody also feels vulnerable sometimes.

Unsympathetic Sister Wives fans feel that he signed up for many wives, so he should deal with his insecurities. But for Kody, the problems seem very real. He’s warming up to the idea of one big home. That’s because, as he explained to Kate, it takes “a great effort all the time to make sure all the wives feel safe.” Also, he tends to take his negative feelings from home to home. Recall that on the show, Kody also told Meri and Christine that “running from house to house” in Las Vegas just made him feel “frazzled.”

It wasn't the "one house" that caused all our pain. So please don't blame the house or being close for what hurt. RELATIONSHIPS ARE HARD.#SisterWives

TV Shows Ace reported that Christine really hates the idea of living with other women, mainly because of a lack of intimacy. And, despite wanting one big home, he even admitted he also feels awkward in such situations. However, those ideas differ from Janelle who just loves the idea of them being one big happy family again. But how happy were they? Even Kody said on his Twitter, he had no idea things were so hard for his wives. Well, if the wives struggled with his lifestyle, obviously the kids picked up the vibe.

Maybe none of the kids followed his lead because of tension in their homes. Bear in mind, as InTouchWeekly reminds readers, Aspyn married into a family used to polygamy. They noted that her husband “Mitch Thompson…came from a family that practiced polygamy. But the couple was not interested in living plural marriage themselves” despite her being raised in the Sister Wives family. Mykelti also ditched the idea. Meanwhile, Madison never spoke about her and Caleb thinking about a second wife.

Our relationships are different than 15 years ago. The new house design is different than anything we have every lived in. Still only half the wives have open minds.
I didn't know our past was so hard.#SisterWives

Mariah didn’t mind the idea at one time, but she proposed to her girlfriend Audrey Kriss. And, a multiple marriage seems unlikely for the Sister Wives daughter.

What do you think about Kody Brown struggling to keep all four wives happy? Do you think he wants one big home as there’s less effort required from him? Are you surprised none of the kids seem keen to follow his lead? Sound off your thoughts in the comments below.

You can listen to Kody’s podcast with Kate Kasey on this link.

Remember to check in with TV Shows Ace often for more news about Kody Brown and the rest of the cast from TLC’s Sister Wives.