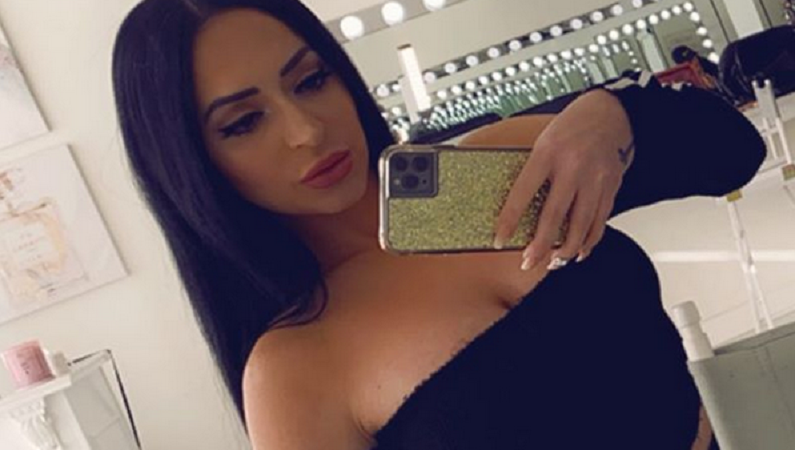 Angelina Pivarnick just admitted to getting breast implants. The Jersey Shore star has been going through a lot lately. Back in October, she wed Chris Larangeira on what should have been the happiest day of her life. It quickly turned dramatic when some of her Jersey Shore castmates roasted her at her own wedding.

Snooki hurled insults at Angelina in the middle of her speech. Angelina and Snooki are not on speaking terms. She has moved on from that drama by going under the knife. Fans are wondering if Angelina got breast implants to stick it to Snooki. That’s when she shared her plastic surgery journey with her fans.

Angelina Pivarnick does not regret her boob job

Jersey Shore fans wondered if Angelina went under the knife since she’s been looking different lately. She caught wind of the comments and shared her journey with her social media followers, as reported by People. On Tuesday, Feb. 4, posted a selfie that showed off her new breasts in a lace bra. In the Instagram post, Angelina thanked Dr. John Paul Tutela. She revealed that she doesn’t regret her decision and “would do it again because he’s that amazing.”

Angelina felt comfortable during her appointment. She said that the doctor made her “feel like family,” unlike her Jersey Shore castmates. Angelina encouraged her followers to not stress out over the risks of plastic surgery. She recommends it to anyone who’s considering changing their looks.

She later followed up on her Instagram Story by documenting her follow-up appointment with Dr. Tutela. The reality star thanked the doctor for removing her scar. 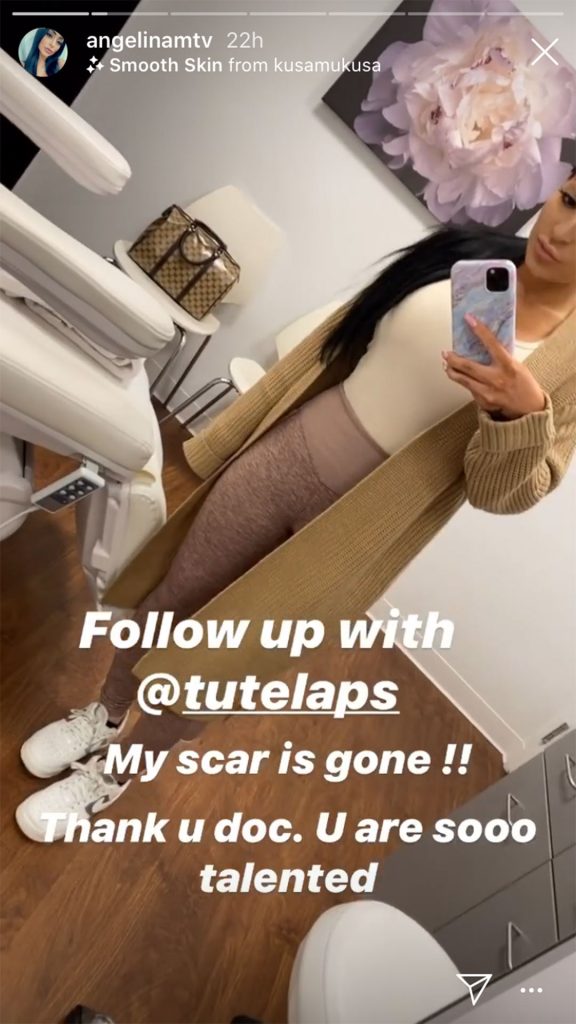 Is she sticking it to Snooki?

Did Angelina get breast implants out of revenge? As The Hollywood Gossip reported, Snooki got her breast implants back in 2016. Her doctor was also Dr. Tutela. She also listed her location as the Barnabas Health Ambulatory Care Center in Livingston, New Jersey just like Angelina did in her Instagram posts. Maybe Angelina chose him because he loves to work with the Jersey Shore cast.

Maybe she chose that doctor because she knew it would annoy Snooki. This could be her sly way of getting back at her fellow castmate. Jersey Shore fans remember well when Snooki accused Angelina of copying everything from her home décor to her wedding theme. So, maybe Angelina wanted to use the same plastic surgeon who worked on her enemy’s breasts.

Currently not speaking to the rest of the Jersey Shore cast

The Jersey Shore cast has been split all because of Angelina. While some of them have made up, some cast members aren’t on speaking terms. Snooki revealed on her podcast, It’s Happening with Snooki & Joey, that Angelina isn’t on speaking terms with the rest of the cast. On the podcast, Snooki said that her remarks weren’t ill-intentioned. She and the rest of her cast members were trying to be funny. Little did they know, they took it too far.

“You’ll see on the show, you know, with the wedding and everything. We apologized,” she said, as quoted by Us Weekly. “Obviously we weren’t being malicious about it. It was just, you know, we were trying to be funny for the show and, like, in general.”

What are your thoughts on Angelina Pivarnick’s breast implants? Do you think she got it done out of revenge? Sound off below in the comments section.

Jersey Shore: Family Vacation will return on Thursday, Feb. 27 at 8 p.m. ET on MTV. Angelina Pivarnick’s wedding should air on the upcoming season.