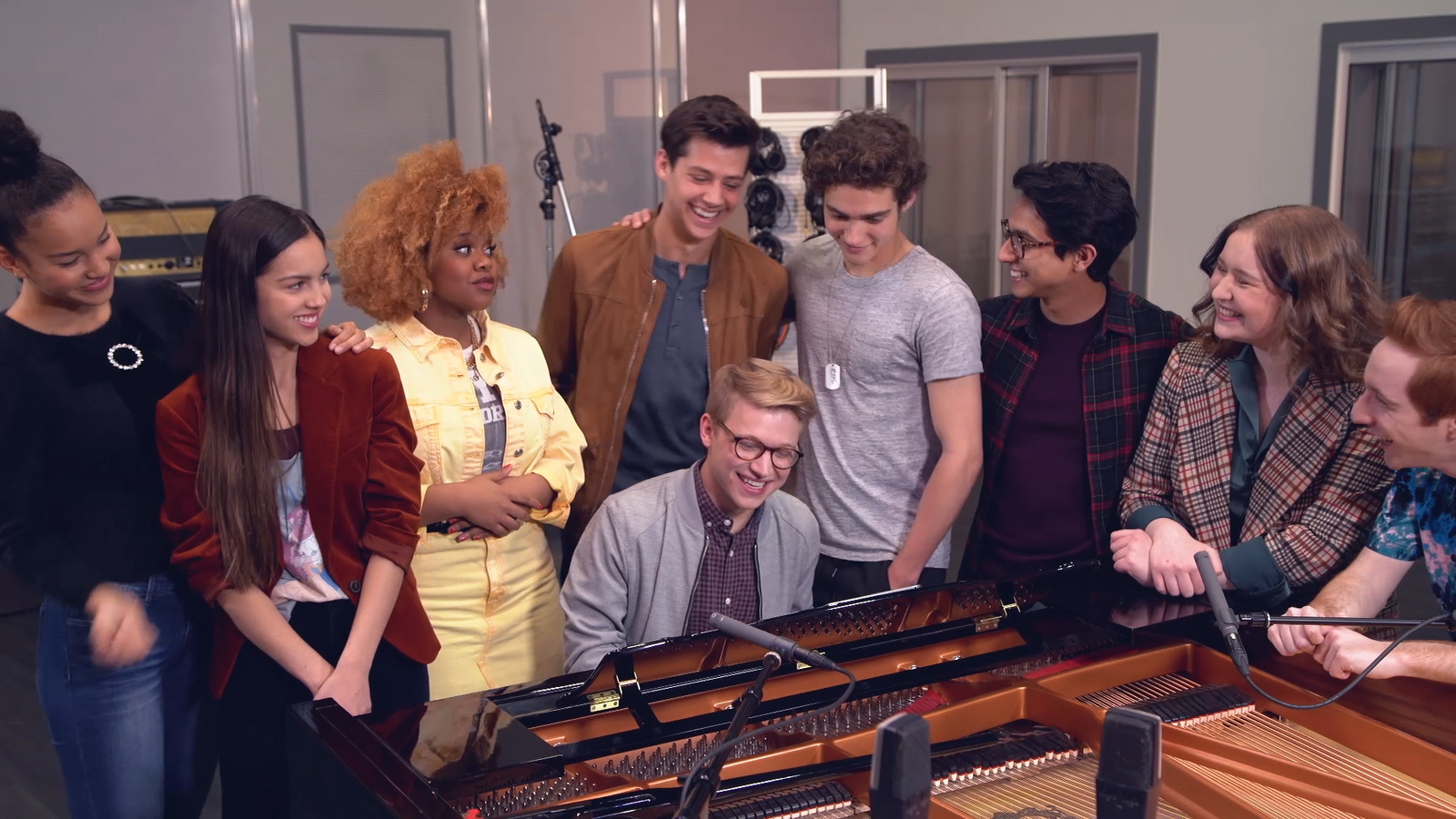 Disney Plus has officially announced High School Musical: The Musical: The Series has been renewed for Season 2. Here’s what we know so far.

As I’m sure fans were hoping to hear, the main cast from Season 1 will return for Season 2. In fact, it appears the cast had their first table read for Episode 1 on Wednesday, according to the official Disney Plus Twitter account.

The table read photos provided some interesting clues to look forward to. In the first photo, we can see that Kimberly McCullough will direct the first two episodes of the new season. She notably directed Episodes 6 and 7 during the initial run.

The photos obviously reveal the high school cast is returning, as well as Kate Reinders and Mark St. Cyr as Miss Jen and Principal Mazzara, respectively. Recurring star Joe Serafini will appear again as Seb (featured in the second photo), but it remains to be seen if he’s been upped to a series regular.

Also, featured in the background of the first photo. is former Hannah Montana star Jason Earles. He’s been featured in a number of television roles since his major role ended, so it’s not out of the realm of possibility for Earles to recur in Season 2 considering his ties to other Disney shows.

For those wondering if Season 2 will cover stories from the High School Musical 2 film, the answer is actually no. East High’s spring musical will focus on Beauty and the Beast. This became clearly evident when the Season 2 teaser featured the cast singing the film’s titular song. You can check it out below:

EW noted in their coverage of Season 2’s announcement that we will hear more songs from the film trilogy, but we aren’t sure what exactly those numbers will be. Here’s hoping we hear the second film’s hits at some point. Did someone say, “What Time Is It?”

Beauty and the Beast casting speculation

Now that we know what the spring musical will be, fans are already predicting which Beauty and the Beast characters will be highlighted by the East High cast. With Ricky and Nini proceeding with their relationship, and the possibility of EJ and Gina, and Big Red and Ashlyn being paired up, it’ll be interesting to see who lands key roles.

Personally, I would love to see the cast get all kinds of switched up. Ricky and Nini were destined to play Troy and Gabriella, so it almost feels too predictable for them to portray Belle and The Beast.

Disney Plus News: Why Obi-Wan Kenobi Series Is On Hold

When will Season 2 drop?

Since production begins this month in Salt Lake City, expect High School Musical: The Series to drop in late 2020. This would be consistent with the first season’s production from February to June, with the pilot hitting Disney Plus upon the platform’s launch in November.