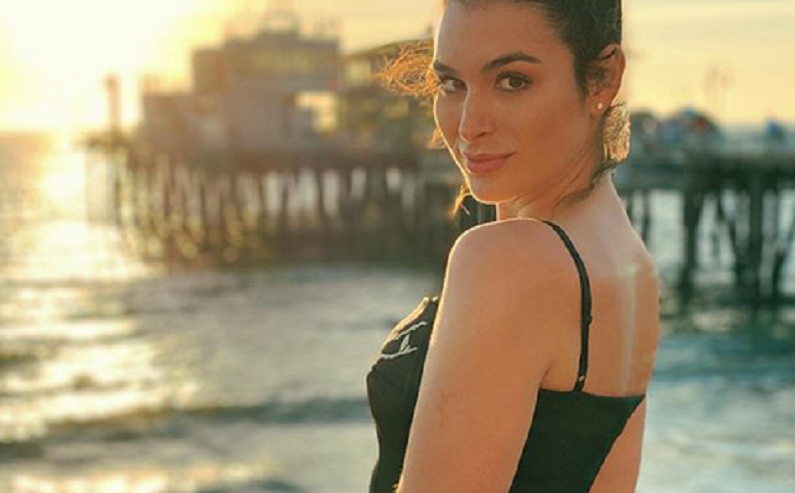 Ashley Iaconetti wants to get pregnant as soon as possible. But, that doesn’t mean she’s looking forward to it. Ashley Iaconetti and Jared Haibon want to start planning to have a family later this year. However, the Bachelor in Paradise alum doesn’t really want to be pregnant.

Pregnancy is kind of a big deal. Women have to sacrifice a lot for nine months. It comes with a lot of aches and pains. Ashley Iaconetti admits that she’s not looking forward to being pregnant. But, her and her husband, Jared Haibon, want to have three kids. Read to learn how soon the couple wants kids.

Ashley Iaconetti spoke to HollywoodLife at the Galentines Day Bachelor viewing party on Monday, Feb. 3. She revealed that she wants to have kids within the next six to 12 months. While Ashley and Jared want to get pregnant, she wants to put it off as much as she can. Even though she wants kids doesn’t mean she wants to be pregnant.

“No, I don’t want to be pregnant. It’s just that I have to be,” Ashley Iaconetti admitted.

“You know what I mean? I’m going to be 32 next month and it’s just like if we want to at some point have a third at a good time range. And now we don’t know if we want a third, but we want two. It’s probably about time to start towards the end of the year. Probably in fall we’ll start trying.”

Ashley wants to enjoy one last summer before she gets pregnant. She wants to work on her summer body before she focuses on pregnancy and motherhood. Ashley and Jared wed in on Aug. 11, 2019 in Rhode Island. Then the couple embarked on a honeymoon to Positano, Italy. The couple previously said they want to wait a year after marrying to start a family.

During Ashley’s interview with Us Weekly, she expressed a reluctance to get pregnant. She’s already been pressured to have kids. Then some people suggested that she should wait a little longer, which is giving her doubts. Back in September 2019, Ashley and Jared previously shared their reluctance to start a family. The couple wanted to wait until the new year to see how they feel.

The Bachelor alum shared an important message for her followers. She posted a photo of herself wearing a T-shirt with the slogan: “Virginity Rocks.” In the caption, Ashley revealed that it was a Christmas present from her husband Jared. In 2015, she revealed on the show that she was a virgin while she was a contestant during Chris Soules’ season of The Bachelor. But, she’s refused to talk about her virginity ever since.

As Showbiz CheatSheet reported, Ashley has a new partnership with K-Y to promote better sex. The ad campaign is called Resting Pleasure Face, which encourages women to enjoy pleasurable sex. Some fans would find this to be an unlikely partnership. During the interview, Ashley said it was her decision to remain a virgin until married that led to her partnership with the brand.

“I thought, since I’m so open about my lack of having sex, I’m like hey, now that I’m married, I’m so comfortable talking about having sex,” Ashley said. “And K-Y has been one of the brands that I’ve loved throughout my experiences in the bedroom.”

On her Instagram page, she encourages women to talk about their sex life, or lack thereof. She also promises to be open with her followers about her pregnancy journey.

What are your thoughts on Ashley Iaconetti’s hesitancy to have children? Sound off below in the comments section.