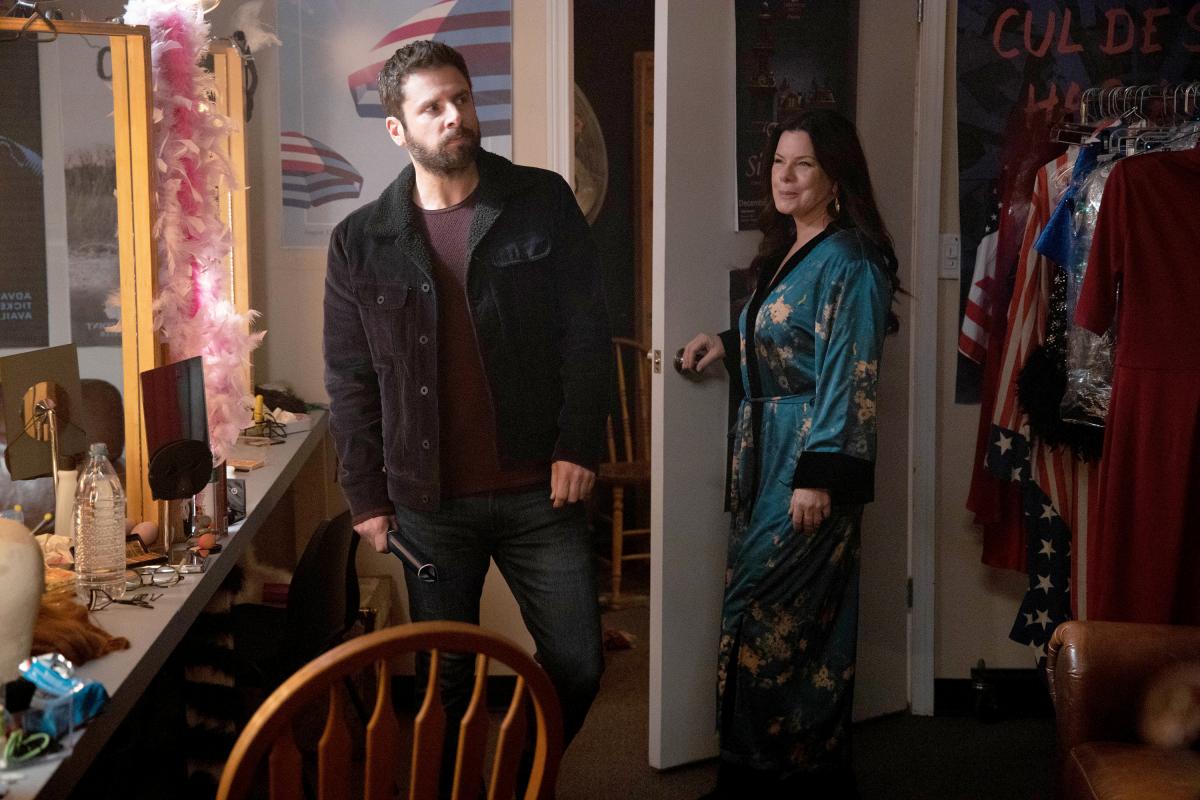 A Million Little Things will feature new faces in the coming weeks. Here’s everything we know about the Season 2 guest stars.

As the sophomore season progresses, fans have learned more and more about the friend gang featured on A Million Little Things. Most recently, we’ve witnessed Gary on a downhill spiral that has included him being held at gunpoint before spending brief time in jail. We learned more about Eric’s past and how it could affect Maggie in a huge way.

Elsewhere, Rome and Regina are in the process of adopting a child, while Delilah is struggling to reconnect with Sophie after the shocking revelation in the midseason finale. Oh, and we can’t forget about Danny’s exciting first kiss!

Going forward in the build to the season finale, we’re in for a few more surprises and even a few new faces. Here’s what we know about upcoming A Million Little Things guest stars. (Minor spoilers ahead.)

The Feb. 6th episode, entitled “Guilty,” will feature the debut of Marcia Gay Harden as Gary’s mother, Alice. We know that Alice walked out on Gary’s father many years ago when she wanted to pursue an acting career. It looks like Alice will play a pivotal part in Gary (hopefully) getting his life back on track. If this is their first reunion in years, expect a lot of drama from their encounter.

For those wondering who Marcia Gay Harden is, you’ve probably seen her in the Fifty Shades of Grey movie franchise as Grace Trevelyan Grey. More recently, she’s been seen in television shows such as Code Black and The Morning Show.

Another interesting guest star in Season 2, Episode 12, will be Sutton Foster, who notably starred in TV Land’s dramedy, Younger. Foster will portray Eric’s fiancée, Chloe, in flashback scenes. As we already know, Chloe died in a tragic motorcycle accident shortly after they got engaged. We also know that Eric was driving that motorcycle.

ALSO – What Is Known About Jason Ritter’s Character

Episode 12 is expected to include scenes of Eric and Chloe on the bike, which will probably explain how exactly she died. There’s a lot of mystery surrounding the accident considering Chloe’s family has a wrongful death lawsuit against Eric. Hopefully we’ll know more by the end of the hour.

Episode 12 will also see the return of Romy Rosemont as Regina’s mother, Shelly. These two will have interesting words to share as Shelly learns of Regina and Rome’s intentions to adopt.

Episode 13 will be chalked-full of guest stars, but we aren’t exactly sure what roles they will play. As to not give too much away, Rome and Regina meet a possible birth mother, while Gary and Maggie will reunite for an important reason.

Here’s the teaser for Episode 12:

A Million Little Things airs every Thursday at 10pm ET on ABC.