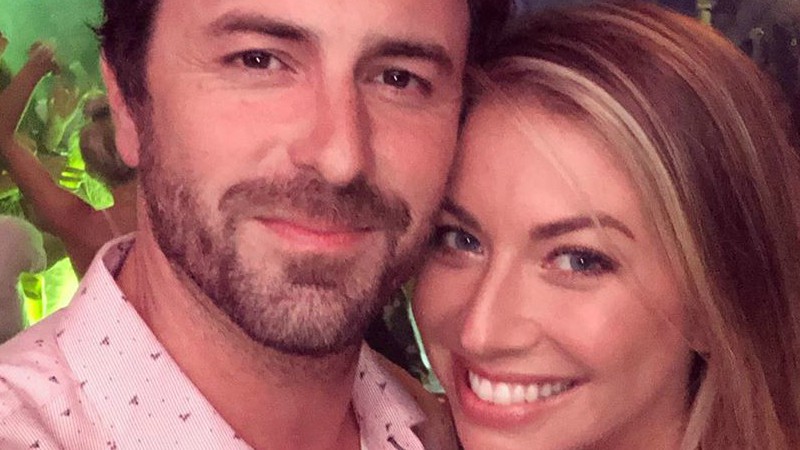 Vanderpump Rules Season 8 may be all about Jax Taylor’s wedding to co-star Brittany Cartwright. However, there is another wedding on the horizon that has everyone talking. It’s the nuptials of Stassi Schroeder and Beau Clark.

Everything We Know About VPR Star’s Upcoming Wedding

The Vanderpump Rules star doesn’t have every detail nailed down yet. However, she did reveal the location and date. The wedding will be in October in Rome, Italy. A destination wedding keeps the ceremony intimate and the European climate prevents a sweat-soaked event.

TV Shows Ace reports that while Stassi has many bridesmaids, she originally wanted none. The Bravolebrity feared a bridal party would be too much stress. However, her friends gave her a hard time about it and she relented on this one thing.

From moderation to excess – nine women will stand by Stassi’s side as bridesmaids. She is mum about which co-stars made the cut, but her future sister-in-law is tapped for bridesmaid duties.

SUR owner and VPR star Lisa Vanderpump, obviously scored an invite. The former RHOBH star is something of a mentor to Stassi, despite their rocky past. Stassi has clarified several times that Lisa is just a guest, not the officiant.

During Season 9 of The Real Housewives of Beverly Hills, Lisa tangled with several of her co-stars. Her friendships with Kyle Richards and Dorit Kemsley crumbled over the allegations surrounding PuppyGate. The cast accused Lisa of leaking a story to a gossip site to make Dorit look bad. Lisa continues to deny it, but the damage was done.

RHOBH’s Teddi Mellencamp didn’t exactly get along with Lisa, either. While the co-stars didn’t feud as intensely as Dorit, Kyle and Lisa, there wasn’t any love lost between them, especially after Teddi claimed that Lisa instructed her to bring up the Puppy situation in front of the cameras.

Well, it turns out that Teddi and Stassi not only know each other, the women are friends. According to Stassi, her fiance Beau introduced them. She says,

“Beau has been friends with Edwin for a really long time. That’s why we became friends with Teddi. I love Teddi.”

During an appearance on Watch What Happens Live, Stassi confirms that both women are invited to her wedding. People reports that Stassi keeps the friendships “separate” and doesn’t foresee any wedding drama.

There’s no guarantee that Teddi will even attend the wedding. The accountability coach is pregnant with her third child. Due in March, Teddi may not want to leave her new baby to fly across the world.

Stassi also revealed that it’s still a 50/50 chance that co-star and former best friend, Kristen Doute, will get an invite.

The Vanderpump Rules star has been open about her desire to have kids. Us Weekly reports that Stassi’s baby fever used to outweigh her wedding fever.

Before Beau popped the question, Stassi says she was open to having a baby first. She says, “I was trying last summer.” However, once she got the ring, she took precautions to avoid being pregnant at her wedding. She reason is that if she were pregnant, she wouldn’t be able to get “s**t-faced.”

The VPR star also caused Brittany and Jax to put their baby plans on hold. TV Shows Ace reports that her VPR co-stars are also waiting to start a family after her October wedding. Brittany said she doesn’t want to risk missing her friend’s wedding, as pregnant women can’t fly after seven months gestation.

But don’t fear, fans. Stassi says that Brittany will likely be the first of the Vanderpump Rules cast to get pregnant and she encourages it. She says,

“Katie [Maloney is] too scared to be the first. Brittany wants to, so I’m like, ‘Well, keep at it.’”

Reportedly, the women have a pregnancy pact, hoping they will all be pregnant at the same time.

Vanderpump Rules airs Tuesdays on Bravo. Stassi’s wedding will be filmed for Bravo, but likely won’t air until next season.