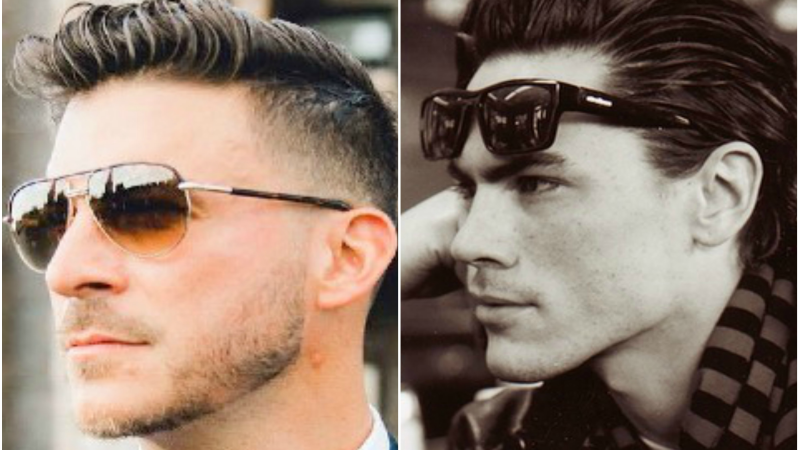 Vanderpump Rules star Jax Taylor wants a time machine. The former model wants to go back in time to last summer when he married co-star Brittany Cartwright. No, Jax isn’t over wedded bliss already. Rather, he wants to kick one of his co-stars out of his wedding party.

Jax has had a strained relationship with Vanderpump Rules co-star for a while now. The feud began at the Season 7 reunion. Longtime friends Sandoval and Jax argued over the cast’s treatment of James Kennedy. Sandoval and his girlfriend, Ariana Madix, felt their co-stars were ganging up on James for the same behavior Jax used to display.

During a particularly tense moment, Jax and Brittany seemed to threaten Sandoval’s status as best man. In fact, in the aftermath, Jax said in interviews that Sandoval would no longer serve as best man and Tom Schwartz would take over the duties completely.

When the big day approached, the VPR star relented and let his bestie resume his duties at Jax’s side. However, now Jax is saying he didn’t have much choice in the matter and he regrets giving in. He told Entertainment Tonight,

“I just wish I would’ve stood by what I said. I felt I was a little bit bullied into bringing him back in.”

Fans Are Still in the Dark Over What Caused Rift

At the beginning of the latest season of VPR, Jax and Sandoval butted heads over Sandoval skipping a pre-bachelor party due to family obligations. Jax was also upset because Sandoval never reached out to him about the wedding.

Sandoval told Jax he was wrong and offered receipts. Old texts on Sandoval’s phone reveals that he did contact Jax, but his friend feigned amnesia. The two seemingly made up on-screen, but it’s now months later and the two are still throwing shade at each other in interviews. And no one knows why.

Jax promises fans will find out the “uncalled for” thing that Sandoval did to earn his ire.

As fans know, the two Toms are part-owners of Lisa Vanderpump’s new bar, the TomTom. However, they only own a small percentage. 5% each, to be exact. Sandoval is frequently guilty of overstating his portion of the bar and Jax called him out for it on Twitter.

When a fan incorrectly stated that Sandoval owned 10% of TomTom, Jax jumped in with the true figure. Jax isn’t the only one Sandoval rubbed the wrong way with his “bar owner” spiel.

In a recent episode of Vanderpump Rules, Sandoval got into a screaming match with co-star Stassi Schroeder. The issue was Stassi’s book signing was held at TomTom without Sandoval’s approval or involvement. Lisa Vanderpump and Schwartz signed off on the event and Schwartz was in charge of seeing it to fruition.

On Tuesday’s Watch What Happens Live, Stassi said that Sandoval simply doesn’t like her and never has.

Vanderpump Rules airs Tuesdays on Bravo. Tune in to find out the source of Sandoval and Jax’s falling out.