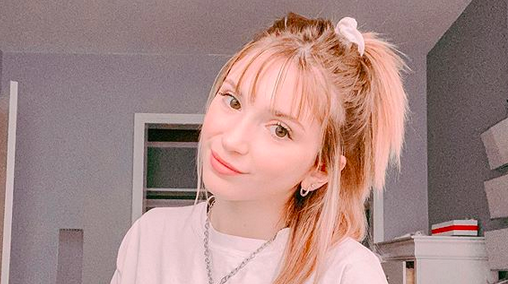 If you’ve been following along, you know that McKayla Adkins of Unexpected has split from her boyfriend and baby daddy once again. She and Caelan Morrison have had a rocky relationship. In her most recent YouTube video, McKayla spilled the details about the breakup.

In addition, on Instagram, McKayla mentioned that she was going to be leaving social media and YouTube. Her followers were quick to point out that she says that social media is her job. So, if she truly quits, how will she make money?

This has been a popular question since she revealed she’d quit social media. Then, in the recent video, it came up again. The teen mom seemed uncertain about whether she’d be leaving social media.

On Wednesday morning, on her Instagram stories, McKayla gave her followers a chance to ask her questions. The Unexpected star often does Q&As on Instagram and YouTube so fans can have their questions answered.

Naturally, someone asked about her on social media. One of her followers wrote, “I thought you were deleting all socials?” To that, McKayla said, “I was about to until I realized I would be giving up something I’ve been building for 4 years and I don’t want to give up that easily. I almost acted out of emotion and I would’ve regretted it. So I’m going to continue to build my following and share my videos and stories and life with you guys.”

In her response, she says, “YouTube automatically turns my comments off so there’s nothing I can do about that, but I turned my Instagram comments off bc I don’t want to read negative comments. Especially when most of my posts are of my children. They’ll be turned back on once mine and Caelan’s breakup blows over.”

Fans of the TLC show know McKayla is struggling with the breakup. She’s got a lot on her plate as a young mother. Plus, she’s dealing with some drama with Caelan.

So, a fan took this opportunity to ask her how she’s doing. McKayla said, “I feel better everyday and I know I made the right decision. My relationships with many people are growing and I’m so happy bc I feel like I’ve been lonely for so long.”

What do you think of McKayla’s responses? Are you happy to hear she’s sticking around? Leave a comment below.

‘Welcome To Plathville’ Olivia, Kim And Barry Have A Serious Talk
Chase Chrisley Likens Father Todd To A Tornado, And Here‘s Why
‘Storage Wars’ Barry Weiss Is Back, Asks ‘Did You Miss Me?’
Kendall Long Speaks Out After Painful ‘BIP’ Exit
‘Alter Ego’: Dipper Scott Singer Opens Up About His Illness