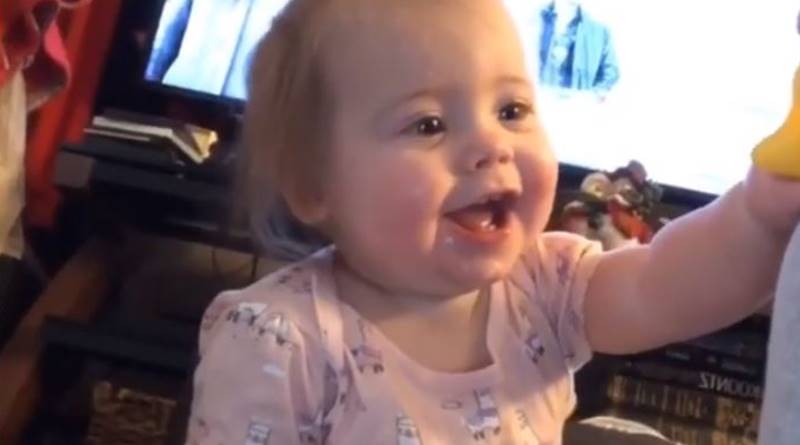 Unexpected star Hailey Tomlinson’s been quiet on her social media. In fact, she last posted pics there over a month ago. But, she’s back now, having broken the absence. And, she did it by sharing a charming video of little Kinsley. Kinsley’s got many fans, so they were happy to see the adorable little girl.

Fans missed Hailey while she stayed away. And when she returned and posted the video of Kinsley, some of them asked her where she’s been. The video came with the caption, “My best friend.” She also put an unhappy face emoji before adding a couple of hearts. Maybe the “best friend” sad face referred to Hailey 2 (Hailey Tilford) who used to be her best friend. Fans know she ran off with baby daddy Mathew Blevins and now expects her own baby soon.

Watching the video, it’s easy to see why fans go crazy for pretty little Kinsley. TV Shows Ace reported that on Thanksgiving weekend, hundreds of fans gushed over a gorgeous pic that Hailey Tomlinson shared with them. Some fans wonder if Unexpected dad Matthew’s around for his daughter at all, and it seems like he is. We also reported in January that he spends time with Kinsley as well.  “He shared a short video of Kinlsey lying next to him drinking from her bottle. He captioned it with, ‘She’s always so good when I have her 😍🤎.”‘

Starcasm reported that Hailey Tilford and Matthew split, made up and split again. So with one baby of the way, and Kinsley turning 10 months old soon, fans generally think poorly of him. And among the comments on Hailey Tomlinson’s post, several of them commented that actually she’s better off without him. One critic said, “This is the cutest baby’s I have ever seen she is so beautiful and pretty all she needs is her mom and family it is ok if Mathew does not want to be there for his child.”

Meanwhile, other Unexpected fans gushed about the video of Kinsley. One said, “Ughh she’s just the cutest 😭💗 SHE is Definitely Your TWIN !!👣💗 God Bless You All 🙏🏻💘.” Then, another noted, “She’s such a precious little thing❤️.” Then this comment spoke for a lot of fans’ feelings: “She is sooo beautiful like her moma 😘😍😍😍😍 so precious and so so perfect 💕💕.”

What did you think of the video compilation that Hailey Tomlinson shared showing Kinsley? Do you think it’s so cute? And, are you happy to see Hailey back on Instagram again? Sound off your thoughts in the comments below.