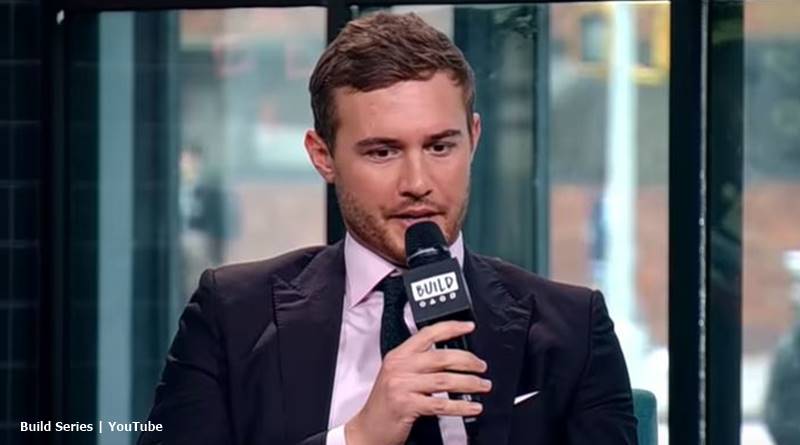 The Bachelor fans heard that Victoria Fuller won’t get her cover run on Cosmopolitan. Fans saw Peter Weber and Victoria do the magazine’s cover shoot. Guru Reality Steve predicted the cover wouldn’t actually happen. And, the magazine pulled the cover after news emerged she shot an ad related to the White Lives Matter slogan. Now, Peter stood up for her, saying that no one’s perfect.

The Bachelor – Peter speaks up for Victoria Fuller

TV Shows Ace reported that Cosmopolitan put out a statement about why they pulled the cover. Notably, it wasn’t an issue with Peter but with Victoria as info emerged about a White Lives Matter ad. The statement read in part, “It wasn’t until a few weeks ago that I found out that the woman I’d chosen had, in her past, modeled in an ad campaign wearing White Lives Matter attire.” Even though it turned out Victoria actually shot an ad for an outfit that tries to stop the over-fishing of both blue and white marlin, they still wouldn’t run it.

That’s because their slogan on caps and shirts read “white lives matter.” Cosmo thinks it’s racially slurred. Anyway, the news obviously disappointed Victoria and The Bachelor, Peter. Now, E!News reported that Peter talked about it in a Build Series interview. Asked about it, he said that that he doesn’t know many “facts” and so he felt he can’t say too much about it. In fact, they finished filming the show before he even heard about it. But, he highlighted her good points in defense of Victoria.

Peter noted how much he enjoyed his time with Victoria. He noted, “I truly enjoyed my experience with her.” Then he went on to say that he found she’s “got a lot of endearing qualities.” Actually, Peter feels it a pity to try and “define” Victoria from the White Lives Matter conservation ad. Instead, he hopes people form their own opinion of her “based on what they see between the two of [them]…on the show.”

After saying his thoughts on it, The Bachelor star ended by noting, “I’m not perfect…no one is.” Meanwhile, Victoria‘s not really talking about it. In fact, Victoria hasn’t posted anything to her Instagram since January 22, before the news hit the headlines. Meanwhile, E!News say they reached out to her but heard nothing back yet.

What do you think about Peter Weber standing up for Victoria over the White Lives Matter conservation ad? Did you already decide that perhaps she’s got a lot of “endearing qualities?” Sound off your thoughts in the comments below.

Remember to check back withy TV Shows Ace often for more news about ABC’s The Bachelor.