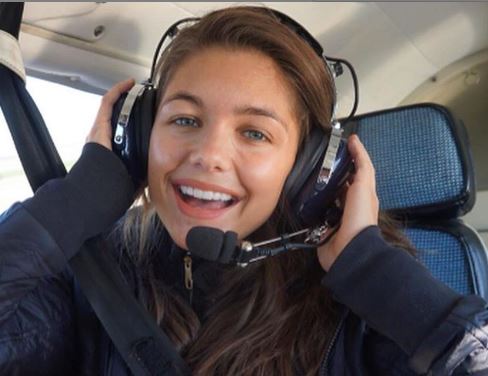 On The Bachelor 2020 tonight, Hannah Ann talked about an ex-boyfriend of hers. It turns out that she stayed with this person for three and a half years, but says she wasn’t in love with them. She did tell her ex she loved him, though. In one post comment, she said, “Hahaha Awwww 💕💕 if I can ever get home 😫 ily ❤️” This puts a bit more pressure on Peter Weber. Hannah is looking for love, but she hasn’t even had that in her life before.

Who is Hannah Ann’s Ex-Boyfriend?

Hannah Ann’s ex-boyfriend has to have a few issues with her talking about him so much on the show. Reality Steve was able to figure out who he is, though. He went to Twitter to share tonight. As you can see, in those three and a half years they did vacation together. The pic Steve shared is from Jamaica.

His name is Ben Taylor and he has an open profile on Instagram where you can see everything. He likes to fish and posts pictures of his dog. The other thing is he doesn’t remove photos of his ex like most people do. The fact that he still has a ton of pictures with her on his page makes fans wonder if he isn’t over Hannah Ann just yet.

Ben posted in late January so it is still an active account. He just hasn’t removed everything that has Hannah on it from the page. Maybe he also just wants the fans to see the pictures and isn’t hiding anything at all.

Even Carly Waddell is confused

Even Carly Waddell from The Bachelor and Bachelor in Paradise is confused. She went to her Twitter to share her thoughts during the show. It is a bit odd to date someone for that long and then say you weren’t even in love. Why stay in the relationship?

Ok. I’m trying to watch a full #TheBachelor episode tonight. What are we thinking about this Hannah Ann girl? Why would she be with her ex for 3 1/2 years if she wasn’t in love. I’m super confused why that would be a good idea.

Don’t miss new episodes of The Bachelor on Monday nights on ABC. It is going to be interesting to see how far Hannah Ann makes it. Spoilers are out, but Reality Steve even doesn’t know who wins this season in the end.