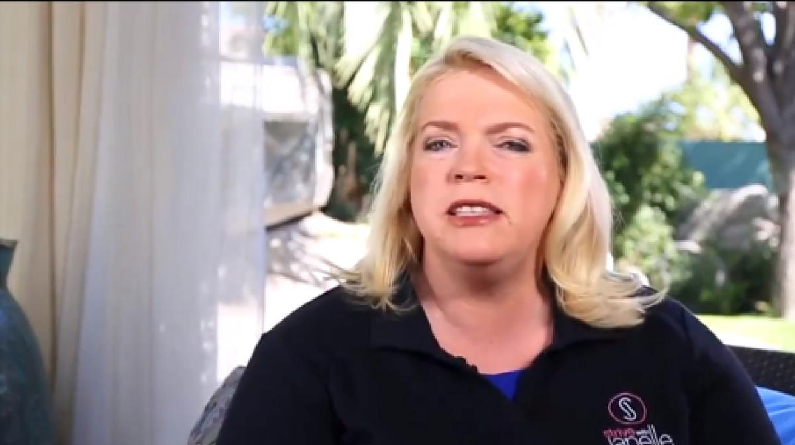 Sister Wives fans may be shocked to learn this news. Janelle Brown just revealed that the family isn’t that “close” as they appear on the show. However, some fans may have noticed that the wives sometimes leave Meri Brown out of family things. Other fans notice that the wives don’t always see eye to eye on things.

While disagreeing is common, it’s not normal to shut someone out of the family. Fans have always wondered why the rest of the sister wives aren’t close to Meri. As TV Shows Ace reported, neither Kody Brown nor his other sister wives wished Meri a happy birthday on social media. It turns out that living in separate houses in Flagstaff, Arizona, has driven the family further apart.

She shared her concerns during the online premiere of the Sister Wives episode on the TLC website, as reported by In Touch Weekly. The reality star revealed that she’s concerned their family “isn’t as closed as it used to be.”

“I feel sometimes like I’m the only person in the family that thinks what we had in Lehi, Utah, was awesome,” Janelle explains. “The living under one house. It wasn’t Utopia, there are things that definitely need to change. But the whole idea of living together, I think, was so brilliant. And beautiful.”

Janelle is a big fan of living under one roof. She was also a huge fan of Kody’s idea of having the family move into the big house. Nobody else was on board with that idea. It made for a tense Christmas Eve. Janelle fears if the family keeps moving into separate homes then it will cause them to “drift apart” even more.

The past few episodes were about Kody unveiling his plans to build one huge house for the entire family. Christine Brown was not happy with the plan. Meanwhile, Robyn Brown and Meri Brown were mixed on the idea. Janelle loves the idea of having the family together because she’s been lazier about preparing family dinners. She feels that the family dinners and events will have “more meaning” from it.

Kody wants the entire family together and Janelle is the only one who agrees.

“I want to explore it, all I’m asking for is for you guys to have an open mind and a prayerful disposition about it,” she said in the episode of the TLC series.

A new episode of Sister Wives did not air on Sunday night because of the Super Bowl, as reported by The Hollywood Gossip. What the network did instead was air the episode online, which has caused confusion among fans. Most people weren’t aware that this episode was already out. So, now you can catch up with the Sister Wives on the TLC website.

What are your thoughts on Kody Brown’s big house plans? Do you agree with Janelle Brown that the family isn’t as “close” as it used to be? Sound off below in the comments section.