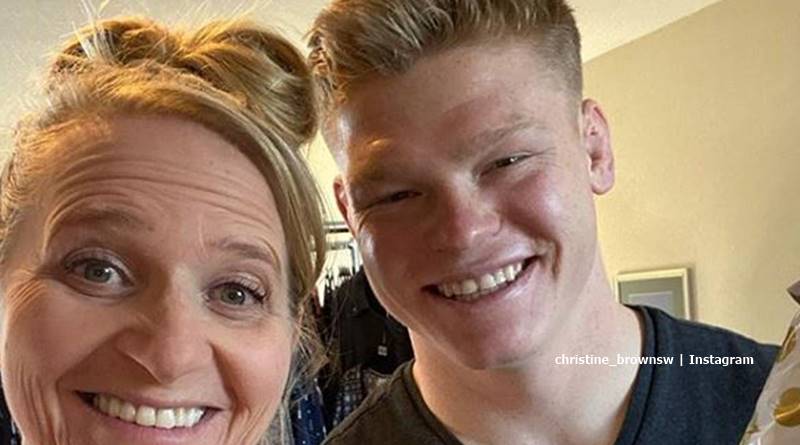 Sister Wives fans know that Christine Brown lost a lot of weight. Steadily, she’s looking better and better. Her latest LuLaRoe post on Instagram really got fans pleading for her to share her secrets. While some people dissed on her for promoting MLM products, many others loved her new look.

Each time Christine shares a photo of herself she seems to look thinner. But, she worked hard for it. In March last year, her weight loss started to show. Even back then, people begged her for her diet and workout plans. This week, she posted up a photo of her LuLaRoe line. Actually, she’s getting quite active with it these days, seemingly following Meri’s example of earning a decent income.

In her post, Christine really looks good. Wearing ripped jeans, a red tee, and a jacket. One fan asked her if she was “aging backward.” It’s a promo post for her business, and she does have some buyers. But one or two people dissed on her. One critic noted, “lularoe is a pyramid scheme! You should not be encouraging your fans to buy these products!” Another Sister Wives fan agreed, saying, “This idiotic MLM sh*t is a f**king cancer. And celebrities endorsing it is disgusting.” But most people thought she looked fabulous.

A lot of fans begged Christine for her weight loss secrets. She never replied, but the good news is that in the past she explained it to her followers. TV Shows Ace reported back in March last year that she told fans, “I eat according to my blood type and work out!!” So, we went off and looked into it. You can read all the details in the article link above, but essentially, it’s a way to get all the nutrients you need and cut out those foods that your blood type can’t tolerate.

A lot of the diet’s based on how lectins are absorbed in the body. Coupled with regular exercise, user reports show it seems to work. But, as with any diet, people should check with their health professional before trying it. So, those Sister Wives fans who pleaded with Christine can read about it and check it out for themselves. And, there’s a lot of them. One fan asked, “What did you do to lose so much weight?🏋🏻‍♀️” Another one asked, “How have you lost so much weight you look amazing!😘”

Many more people asked the same question. It does come with some criticism, according to WebMD, so that’s also worth looking into. Did you ever try the blood type diet?  Did it work for you? Let us know in the comments below.

Remember to stay in touch with TV Shows Ace for more news about Christine Brown and Sister Wives.