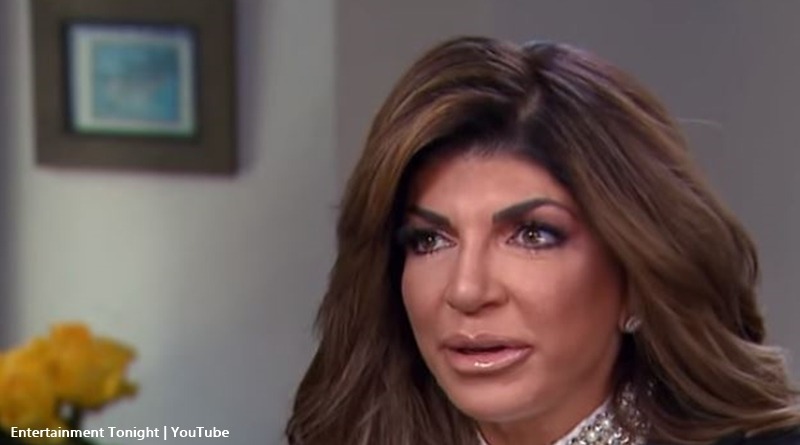 RHONJ fans heard from Teresa Giudice that her daughter Milania turned 14 years old this month. She took to Instagram to share about it but in the previous post, she put in one of those “Link In Bio” notices. Many fans kicked themselves after clicking through and slammed Teresa for posting links to clickbait articles.

On Tuesday, Teresa took to Instagram to make two announcements. The first one featured a photo of her and Joe, and she captioned it with, “Joe and I have BIG NEWS to CELEBRATE!” Then, she added. “#LinkInBio.” In her next post, she announced her daughter Milania just turned 14 years old. In the photo, the attractive young teen stood holding her birthday balloons in the shape of “14.” Teresa captioned it with, “I can’t believe my @milania_giudice356 is 14! Everyday she impresses me! Love you so much my sweet girl!” She also thanked the person who made the birthday cake.

Dad Joe Giudice commented as well, wishing his daughter the best. Joe first ran into trouble with critics because he spelled his own daughter’s name wrong, with two ‘ls’ in it. But after fans went off to investigate the link in the first post, they came back to the birthday post and complained about the RHONJ star posting clickbait. That’s because the first post about the “big news” had comments turned off.

One person wrote, “Another link in Bio !!! Don’t do it, people !!!! Don’t pay this family for bull sh*t lies.” Well, the warning came too late for others who already went through to the link. Here’s what some of those unhappy RHONJ fans said about it:

Another angry follower wrote, “Really?? You turned off comments to the “BIG NEWS” post so ppl would have to click through 12 pages of BS just to find out that the “BIG NEWS” is that you both wished your daughter a happy bday? C’mon!!” Plenty of other critics complained about that link the RHONJ star shared with her followers.

Can’t believe my @milania_giudice356 is 14! Everyday she impresses me! Love you so much my sweet girl! Thanks to @palermoscafe in Little Ferry for this amazing cake!

TV Shows Ace reported that Joe Giudice recently apologized to his daughters after photos emerged of him getting close and personal with some hot Mexican babes. TMZ reported it first and shared the photos. He later deleted the apology and took some heat for that. On his post for Milania’s birthday, where he described her as “sassy,” fewer people criticized him. Once again, most criticisms went towards Teresa as some RHONJ fans think she lets the kids rule the roost.

What do you think about Teresa sharing a clickbait link? Does that sort of thing irk you? Sound off your thoughts in the comments below.