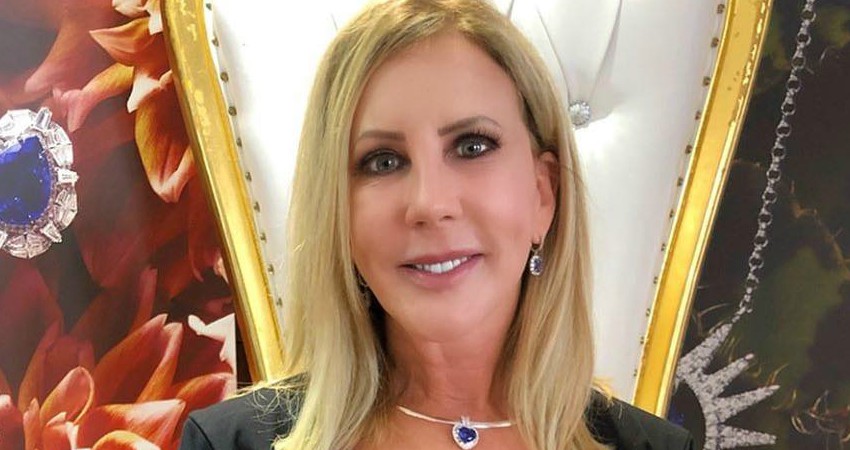 The Real Housewives of Orange County star Vicki Gunvalson has a thing or two to say about negative people. The OG of the OC thinks she knows why people don’t like her. Because she’s successful and they are envious.

During her 14 seasons on RHOC, Vicki has had a love/hate affair with fans. Some enjoy “whooping it up” with the star, while others never got over the Brooks-cancer-scheme thing from years ago.

Vicki is keeping her plans close to the vest. She posted a meme on her Instagram account earlier this week that had her supporters nodding their heads in agreement. The meme says to keep your plans to yourself or people’s negative energy will ruin it.

One fan in particular caught Vicki’s attention. She commented that ‘jealousy’ is the reason why people are negative. Vicki responded with, “Yep. It’s true but sad.”

TV Shows Ace reports that Vicki got in another Twitter fight with co-star Emily Simpson last week. The two exchanged barbs until Emily reminded her that she was fired from the show. While Vicki doesn’t target Emily with her Instagram post, it’s possible she was referring to the lawyer.

Tres Amigas Are Down to Two

The Real Housewives of Orange County stars Vicki and Tamra Judge won’t be on a TV near you anytime soon. The Dos Amigas quit the Bravo show ahead of Season 15. Both were offered part-time roles and turned them down.

As fans know, Vicki Gunvalson is the last remaining original RHOC star left. Her role in Season 14 was reduced, though she still managed to create drama. The real estate agent vowed not to return for another season unless she got her orange back. (Only full-time cast members are featured holding oranges in the RHOC opening.)

After a tense season of butting heads with Kelly Dodd and others, Tamra Judge was basically fired from the show. TV Shows Ace reports that Bravo offered the Cut Fitness owner a six-digit figure to film a three-episode goodbye. Tamra turned the offer down and revealed plans to reup her real estate license.

Tamra spared spin-off rumors last week with her reply to a fan on Instagram. When a fan joked about a Tres Amigas spin-off, Tamra replied with, “shh”, hinting at the possibility. The third member of the group, Shannon Beador, is returning to RHOC next season.

Don’t set your DVRs for a show featuring Tamra and Vicki yet. Reality Blurb reports that the two are under strict conditions not to appear on television in the near future. A non-compete clause in standard in television contracts. It prevents cast members from moving to a new show and taking their fans with them.

The non-compete clause expires in one year. After that, Tamra and Vicki are presumably free to go to another show on Bravo. However, Vicki seems to have hard feelings over her exit, making her more likely to head to another network.

The Real Housewives of Orange County returns to Bravo later this year. Kelly, Shannon, Emily and newbie Braunwyn Windham-Burke will be back for more. Other casting news hasn’t been announced yet.