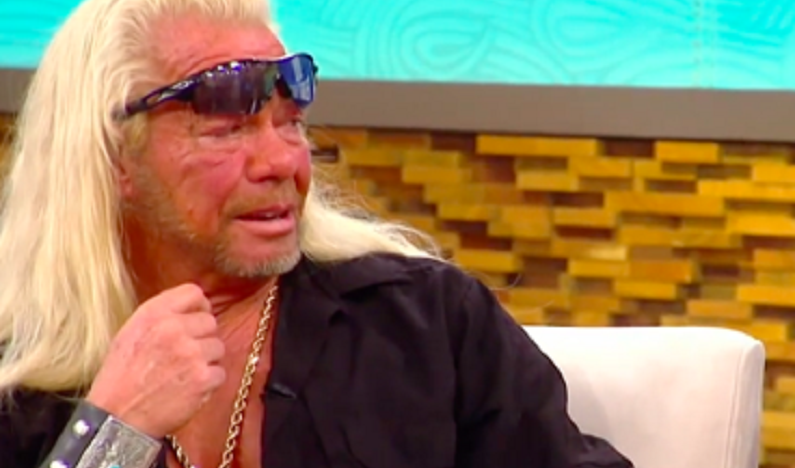 The future of Dog the Bounty Hunter’s reality show is unclear. Dog’s Most Wanted is currently on hiatus, according to new reports. The 67-year-old star wants to take some time out of the spotlight following his bizarre appearance on The Dr. Oz Show. During the interview, Duane Chapman proposed to his friend, Moon Angell. Just a few days later, Duane’s daughter, Lyssa Chapman, was under arrest in Hawaii, as reported by TV Shows Ace.

Dog’s Most Wanted first premiered on WGN in 2019 to much fanfare. The first season was an emotional one as it focused on Beth Chapman’s passing. However, a second season wasn’t possible with WGN’s new lineup.

The grieving reality star wants to focus on himself

As TMZ reported, Duane would typically film for the show during this time. But he’s decided to take some time for himself. He wants to focus on himself and his passions. He’s on a journey of self-discovery. Duane wants to continue teaching his bounty hunter classes and working with at-risk youth.

Sources told the outlet that the future of Dog the Bounty Hunter’s show is now uncertain due to the new WGN lineup. The network changed its prime time lineup to a three-hour news show. Even though Duane isn’t filming at the moment, he still wants to connect with his fans, and wants to schedule more meet-and-greets in the near future.

This news comes after Duane proposed to his rumored new girlfriend Moon Angell. She happens to be a close family friend and longtime assistant to his late wife. His new romance has increased tension between Duane and his family. His daughter, Lyssa Chapman, lashed out at her family prior to her arrest.

The family drama hasn’t died down. As People reported, the Dog’s Most Wanted reality star was arrested for harassment and resisting arrest. Lyssa was released on $500 bail for the harassment charge and $100 for the resisting arrest charge. The 32-year-old joked about her arrest on Twitter.

It’s not clear what led up to Lyssa’s arrest. She’s been lashing out at Moon Angell on social media. She hasn’t taken the news of her father’s engagement well. Sources told People that Duane’s relationship with Moon Angell is platonic even though the couple is living together. However, it’s still caused family drama among the Chapmans.

Duane’s children also revealed that Beth would be “heartbroken’ to learn of his proposal, according to the TMZ report. They feel that he’s betraying the memory of their mother by moving on so quickly.

What are your thoughts on the news that Dog the Bounty Hunter’s show is on hiatus? Do you think that it’s a good idea? Sound off below in the comments section.