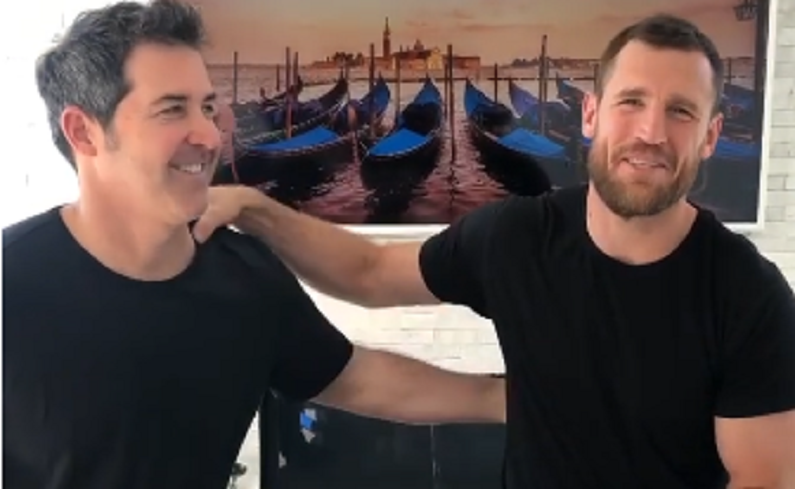 The former athlete shares his reflections on marriage and divorce

Brooks Laich wanted to learn something new on his show. That’s when he decided to have divorce lawyer Laura Wesser on his show as a guest during the Monday, February 3 episode. He admitted that both he and Julianne have been going through some changes lately. Brooks feels that they have developed an “indifference when once there was an attraction.” He admits it has been a challenge for them to accept each other’s changes to grow together.

The athlete also wanted to touch on the topic of divorce for listeners who are going through a similar problem. He also revealed that “there’s so many resources out there – seminars, all kinds of things, books” if couples want to tackle their problems. But then he stressed the importance of communication. At the end of the episode, Brooks said he “learned a lot” during their “interesting discussion.”

While Brooks “learned a lot” during the podcast, he doesn’t want to use the attorney’s services anytime soon.

“I’m really happy for you, but I hope I’m never on your podcast,” he said with a laugh.

Us Weekly reported that the couple were “having problems” with their marriage. It turns out they hit a “rough patch” that they can’t seem to get themselves out of.

“They definitely have been going through a rough patch,” the insider said. “They have both been in different places for work so they haven’t been able to spend as much time together this past few months.”

Rumors swirled when both Brooks and Julianne shared cryptic messages on their respective Instagram accounts. In addition, the Dancing With the Stars professional hasn’t worn her wedding ring in a long time. However, the couple was recently spotted together in Studio City, California. They appeared to be in good spirits during the sighting. Brooks even rested his hand on Julianne’s lower back. But Julianne was not wearing her wedding ring.

Sources told People that the two “are not giving up, but also not talking about their [issues publicly].” Brooks’ latest podcast episode is the most that you’re going to get about their marital problems. The source added that the couple is aware of their problems but feel that it’s a normal part of being married. Brooks is hoping to make things work.

Both Gavin Degraw and Julianne’s brother Derek Hough have commented that the couple is doing well.

What are your thoughts on Brooks Laich and Julianne Hough? Do you think the couple will stick together, despite their differences? Sound off below in the comments section.