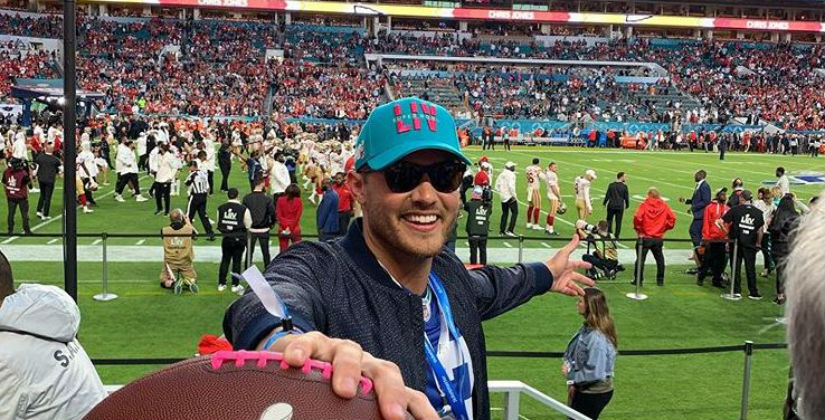 Those who have been watching Peter Weber’s season of The Bachelor, can attest to the fact that there is definitely more drama than usual. Every season brings tears and drama, but Peter’s season seems to take the cake. All of the contestants this season are very tense and it shows. Today, Peter went on Good Morning America and addressed all the bickering that has been going on between the ladies.

E!News shared details about Peter’s interview and his views on all the drama happening on his season. Peter said, “Obviously, you don’t like to see that as you’re going through the whole experience, but I kept looking back on it. That drama kind of showed that this is working. And if all the women were getting along super well, they probably wouldn’t have been super into me. If it was too easy, that wouldn’t have been a good thing. So, yeah, it definitely interfered with some stuff.”

He was asked to clarify if he did indeed feel all the drama interfered somewhat with the dating process. Peter replied back that yes there was no doubt it did play a role in it. He went on saying, “Going through it, I just did my best to just weed through that drama as best as possible and make the best decisions in that time that I could.”

In case anyone missed the 3 hour episode Monday evening, Shiann was sent home. However, prior to her departure, while telling Peter goodbye, she warned him about the women. She indicated that there could be some remaining ladies who are not exactly who he thinks they are.

In response to this warning Peter said, “That’s not what you want to hear right after a rose ceremony. I was so confident at that point. I knew what I wanted to do, obviously I canceled that ceremony before, I didn’t want to delay the inevitable. She comes up and tells me that and I’m just like, ‘Are you kidding me?’ and then she leaves! Can’t even ask her any more questions.”

Peter has some critics in regards to his decisions

Pilot Pete knows he has some critics out there. He also knows he has made some mistakes. Watching his season play back has made him realize some of those. He admits dating all these women is difficult and let’s face it, Peter is under a lot of pressure to make the right choices.

Peter said, “I know I made so many mistakes, and I’m sorry guys, it’s just very, very difficult. If there’s anything, maybe I wish I put my foot down a little bit more during certain situations. That’s just me being me.” He also said he loves to see the good in people.

What do you think about Peter’s season so far? Does he need to put his foot down and stop the drama? Don’t miss Wednesday evening’s special episode of The Bachelor as Peter and the ladies travel to Chile. Excluding Wednesday, the rest of the season will play out Monday nights on ABC.