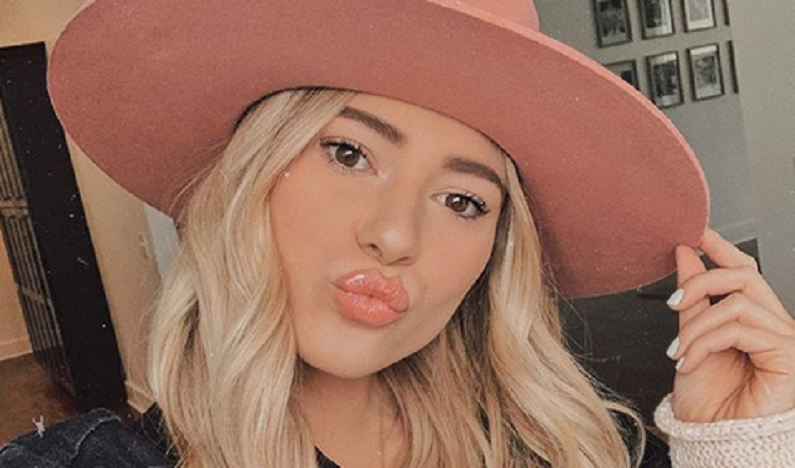 Bachelor fans can’t get enough of Mykenna Dorn’s weird facial expressions. No one knows what she was doing, but they were loving it anyway. Some felt that Mykenna’s facial expression was an entire mood.

Beware that this post contains spoilers from Season 24, Episode 5. On Monday night’s episode of The Bachelor, Peter Weber canceled a pre-rose ceremony cocktail party, as reported by TV Shows Ace. Contestant Mykenna Dorn reacted to the news with a wild expression on her face. Her tongue-wagging went viral on social media.

Bachelor fans were living for this moment. It’s understandable that being on a reality show can be exhausting. You never know when you could end up on camera. It’s probably why Mykenna Dorn felt like she was caught off-guard during this golden reality TV moment. Some fans may know her for crying multiple times in a single episode. Well, it turns out that she sticks out her tongue a lot as well.

During last night’s episode, Chris Harrison showed up to the women’s surprise. He announced that there wouldn’t be a cocktail party prior to the rose ceremony. Most of the women were disappointed. Others were angry. Mykenna reacted by making a weird gesture with her tongue, as seen on this Cosmopolitan article. She had no idea that this moment would go viral on social media.

I had to rewind to verify this actually happened 🤣🤭 #TheBachelor pic.twitter.com/ocPbeaeIMI

When the women started fighting, she reacted by licking her lips. Maybe she was just tongue tied. It was interesting timing for Mykenna to make this reaction since it looked similar to what Shakira did at the Super Bowl on Sunday night.

mykenna in the background of this fight rn #thebachelor pic.twitter.com/zy6a7kEc9I

According to Women’s Health, the Bachelor contestant is a 22-year-old fashion blogger. But her website, MykennaJean.com, is currently down for maintenance.

23 I have a really good feeling about you 💛

Not only does she have a sense of style, but she also has a great sense of humor. There are even more memes and viral moments from Mykenna. The contestant has been getting in on some of the action. She often pokes fun at herself on Instagram. She once called herself the “CEO of Cringy Wine Dancing.” She also posted this hilarious video below:

Speaking of wine, she really loves her wine. She’s rarely seen without a glass of wine in her hand, as evidenced by her Instagram page.

How am I keeping myself warm in this snow storm?? By drinking wine DUH 🍷🤷🏼‍♀️ #winewednesday

Is she too young for The Bachelor?

Mykenna’s age has been a huge topic of conversation lately. Bachelor fans have dragged her for being too young to appear on the reality dating how. They feel she’s too young to date the 28-year-old commercial pilot. Not to mention, she’s extremely emotional. In one episode, she was upset that Peter wasn’t giving her any attention. She told the cameras that she already “knows” that Peter  is “the love of her life” and just “wants a chance” to be with him.

She is 22 after all. Mykenna still has a lot of growing up to do. Especially when it come to relationships and dating.

What are your thoughts on Mykenna Dorn’s bizarre facial expression? Sound off below in the comments section.