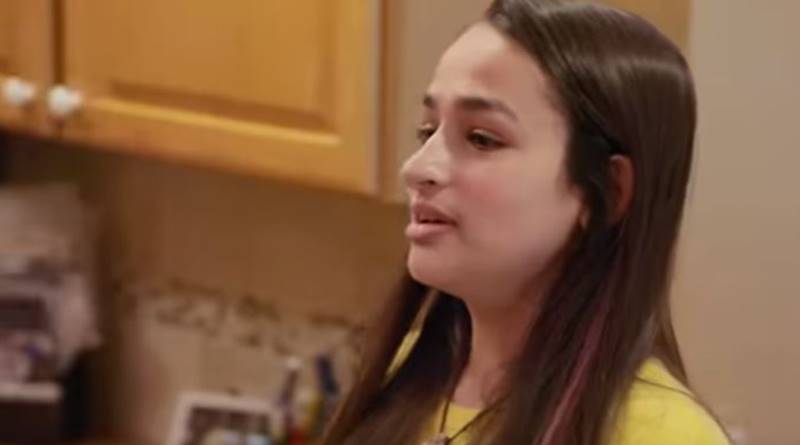 I Am Jazz brings the second episode of Season 6 on Tuesday night, February 4. In the last episode, fans saw the doctors concerned about her surgery. In fact, fans even heard the doctors arguing about the procedure during the show. Now, the next episode comes along, and in it, Jazz confesses to binge-eating.

TV Shows Ace reported what came in the first episode of the TLC show. Once more, it focused on Jazz Jennings’ bottom surgery. It’s the third time she’s undergone surgery and the second time for fixes after complications. Plenty of people know that Jazz really doesn’t mind talking about her personal bits. While some followers love her openness, others express disgust with the way she continually talks so publicly about it.

In fact, one critic on Twitter noted, “another season of #IAmJazz talking about her hoo ha 24/7. In the car, on the beach, at dinner, family cookouts…subject is always about Jazz’s privates. She’ll never be happy & it will always be someone else’s fault.” So, those people who hate that can probably relax a little bit as they go into the next episode titled “Ex Factor”. According to People, their sneak peek shows Jazz talking about Harvard, her choice to take a year before entering the prestigious university. The episode also focuses on her weight rather than her “hoo ha.”

another season of #IAmJazz talking about her hoo ha 24/7. In the car, on the beach, at dinner, family cookouts…subject is always about Jazz’s privates. She’ll never be happy & it will always be someone else’s fault.

At one stage on her social media, fans of the TLC show noted that she looked a bit heavy. And, now Jazz admits sometimes she just breaks her resolutions on that. According to the outlet, she said, “I’m beautiful no matter what size I am, but in terms of health, I’m not always very healthy.” Then she admitted that she got in a “chicken tender sub with buffalo sauce, five fried chicken drumsticks, a whole box of cookies, chocolate milk and Ferrero chocolates. It was a binge!”‘

Well, naturally her mom Jeanette’s a bit worried about that sort of diet. As fans of I Am Jazz know, Jennings stayed at home most of her life. Jeanette and her husband have kept an eye on their daughter. But, with Jazz off to college, they won’t be around all the time. Jeanette’s so concerned, that in the preview, she said, “I honestly think that Jazz will never 100 perfect fully get rid of binge-eating.”

‘No impulse control,’ says her mom

One of the main worries for Jeanette is that her daughter “has no impulse control.” But Jazz really thinks that she’ll kick these bad habits. Determined, but knowing it’s not easy, she’s hopeful for what comes ahead.

What do you think about Jazz admitting that she sometimes starts binge-eating? Do you think she’ll manage to control her impulses? Sound off your thoughts in the comments below.

Remember to check back with TV Shows Ace often for more news about TLC’s I Am Jazz which airs on Tuesday nights.