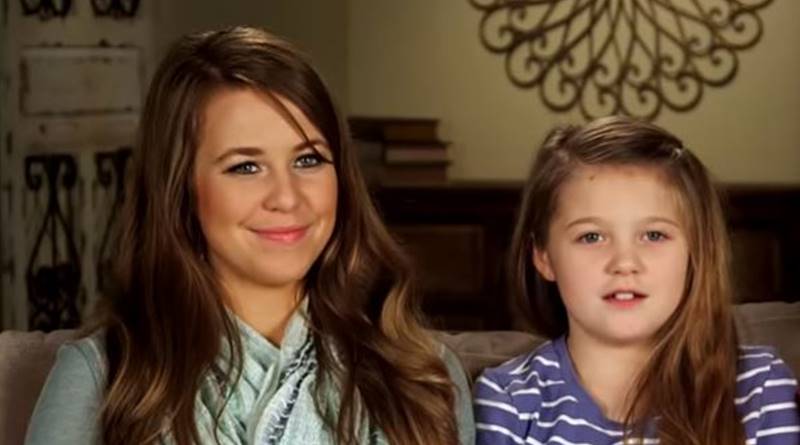 Counting On brings many births, and all the married adults now have at least one child. Often, the younger girls attended the birth. And, that happened with John and Abbie’s baby girl in January. As usual, the Duggar family seemed delirious with joy at the new arrival. But, fans noted that Jennifer and Jordyn Duggar looked unhappy and uneasy with being there.

TLC aired a birth special of John and Abbie’s baby’s arrival. As they went for a hospital birth, instead of home birth, that meant those who wanted or were nominated to go along, did so. Jana Duggar and some of the others went along. They included younger members of the family. Accompanying Jana were Jordyn Duggar and Jennifer Duggar. Plus, Josie went along with Johanna, and Anna’s daughter, Mackynzie Duggar.

TV Shows Ace reported on the number of babies arriving in the Duggar family. It seems much of Counting On focuses on that rather than raising the smaller kids. And, that means plenty of opportunities for young Duggar girls to witness their future fate ahead of time. Each daughter probably knows that without a doubt, they’ll also give birth multiple times. Cheatsheet reported that this time, fans noticed some particularly unhappy faces among the younger Duggar girls during the birth.

The outlet noted that the unhappy-looking girls gave off body language signs of unease. It happened during one of those TLC discussions away from the action. There, Jana did most of the talking. Fans noticed that Jennifer, aged 12, stood next to Jana during the discussion. She never said anything, but just stood there quietly, looking shy and unhappy. Plus, it looked like Jordyn didn’t enjoy it either. Jordyn only looked at Jana a few times, but otherwise stood there rigidly.

No celebratory smiles cracked Jordyn’s face. Fans now wonder if the girls really hate the camera. In fact, historically,  fans wondered about the attitude of the younger Duggars. They thoughts perhaps some sort of child abuse went on in the home of the Counting On parents. Back in January 2018, Popculture reported a possibility the younger girls simply “get overlooked” in the mega-family. Fans noted that on Jordyn’s birthday, no big announcement happened. That’s unusual, as the Duggars quickly share all these milestones.

Katie, who runs the Without A Crystal Ball YouTube channel took a look at a clip filmed by Derick Dillard. They reminded viewers that Derick originally shared it live on Instagram about a year ago. Katie says that Michelle’s behavior while scolding Jennifer was accidentally featured in the clip. Soon after the clip appeared, Derick removed it, so fans wonder if Jim Bob made him take it down. While many tabloids wrote about it, Katie notes that the clip didn’t really reveal much “audio.”

Nevertheless, Katie via her subscribers hunted it down. Well, that proves that nothing is ever really deleted. Apparently, it emerged on Tumblr. Katie showed the video on her channel, which you can see below. She emphasizes that it seems obvious that Counting On alum Derick never deliberately filmed Michelle in the background. The part about Michelle berating Jennifer came toward the end.

Michelle berates an unhappy Jennifer, is it verbal abuse?

Katie reminds viewers that in another interview the Duggars gave, Michelle talked about “only using soft words,” when it came to obedience and training. But, the clip seems to show something very different. The low audio distracts, but Katie noted Michelle’s seemingly aggressive stance as Jennifer tries to lean away. Katie notes that she’s yelling at Jennifer about not doing something. But, as soon as she noticed the camera, Michelle’s body language and tone of voice completely changed.

What do you think about this sort of clip showing Michelle being apparently quite aggressive? Couple that with the girls looking so miserable in the video clip by TLC…Is there a problem? Sound off your thoughts in the comments below.