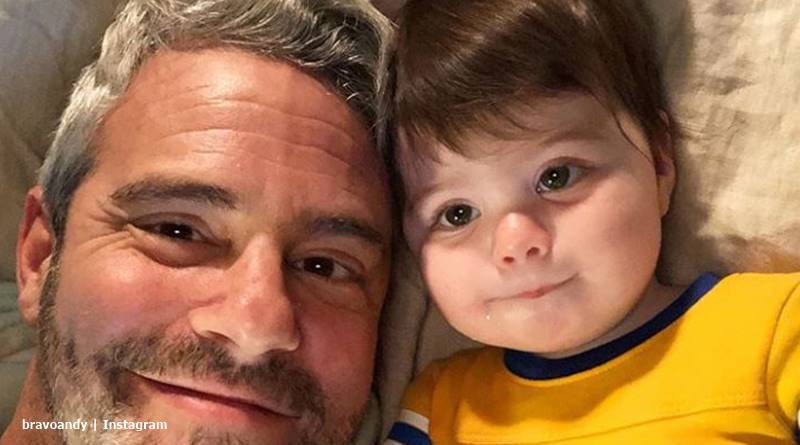 Andy Cohen’s son Benjamin just turned one-year-old. The cute little guy’s drawn even more fans to Andy’s Instagram, where he often features with his dad. Famous as a TV host for years, and more recently with Bravo, Andy’s life revolves around reality TV. But, he won’t advise his son to take up a similar career.

A year went by since Andy delightedly announced the arrival of his son via a surrogate pregnancy. Adoring fans watch his progress with love and hope Andy tries for another child soon. Actually, he might do that, TV Shows Ace reported. It’s on his mind, but not with any major urgency right now. We noted that Andy’s still got “one more embryo.”

The little boy’s a delightful child with dark hair like his dad. Many photos came out over the last year and fans saw him turn into an active little fellow with a big smile. But, time flies by so fast, before we know it, no doubt we’ll see him off to his first day of school. While Andy Cohen feels he won’t dictate what his son does with his life, he thinks right now that he should avoid the world of reality TV.

One year ago tonight, I sat alone in a hospital room with my newborn son pondering our future. I didn’t know then how his smile would brighten my day, what simple joy each new progression of his growth would bring, and most of all what a lovely boy he would become. I am so grateful to my surrogate in California who made this all possible, and for every day of our first year… and can’t wait for the next. Happy Birthday sweet little Ben. (📸: John Mayer) #dada

Advice to Benjamin by Andy

On the SiriusXM live show from Radio Row, Andy told US Weekly, “I can’t force him to do anything.” But when it comes to following his famous dad into reality TV, he added, “I would probably advise him against it.” While Andy’s super-successful, he also notes that he “puts so much of [hmself] out there.” Reality TV certainly seems like one of the most invasive jobs in the world.

Heading into his 11th year on Watch What Happens Live with Andy Cohen, is just one small fragment of his very public career. And, he got there without family pulling the strings, he reminded USA Today last year. In fact, his family worked in the “food business.” While Benjamin would certainly get the opportunity to enter the world of reality entertainment, his dad’s got no major desire to see him follow in his footsteps.

What do you think about Andy Cohen’s advice to his son Benjamin to avoid reality television as a career? Did you hope to see him on the screen one day, hosting his own show? With his handsome looks, just like his dad, perhaps if he works in the entertainment industry, he’ll choose acting rather than live TV. Sound off your thoughts in the comments below.