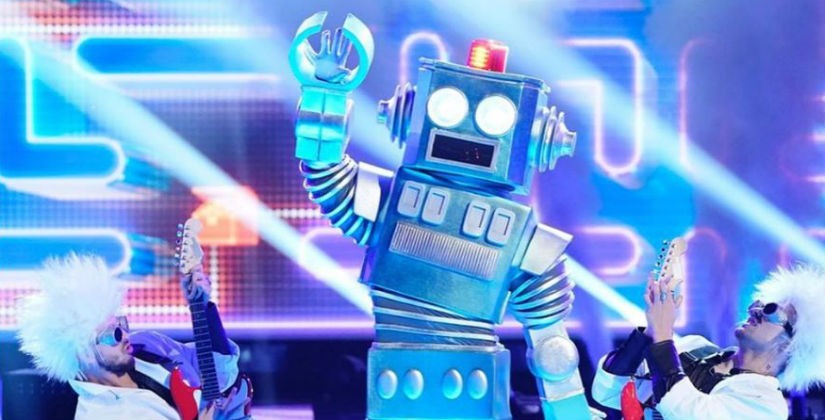 The Masked Singer made it’s big Season 3 debut after the Super Bowl on Sunday. Fans are already shocked and talking about what has happened so far. There are some pretty good guesses as to who some of the singers are. One singer was already eliminated and judges were shocked by their identity. Keep reading to find out more!

The Masked Singer already had a shocking reveal and exit

People reported on the big premiere in case anyone missed viewing it last night. The first six disguised singers came out as the Kangaroo, White Tiger, Llama, Miss Monster, Robot and Turtle. Unfortunately, the Robot was voted as the audience members least favorite performance of the evening. So who did the Robot turn out to be?

The Robot was none other than Lil Wayne. Jenny McCarthy, Ken Jeong, Nicole Scherzinger and Robin Thicke returned as judges this season and were shocked at the reveal. The audience was also shocked. Prior to his reveal they made their final guesses which included, Floyd Mayweather, Steve-O, Johnny Knoxville, Shaun White and Flavor Flav. Of course these guesses were all wrong.  When asked why he chose the Robot as his costume. He said he did it for his kids. He knew they would love it.

Jamie Foxx was a guest judge this episode and he didn’t even know who Lil Wayne was. He exclaimed he guessed a white guy and Jamie has even collaborated on tracks with the popular rapper!

You 𝙝𝙖𝙫𝙚 to be excited for Season 3 because @leahremini and @biggsjason are joining as guest panelists on #TheMaskedSinger! 🙌

How will this season work?

Overall there will be three groups of six to make a grand total of 18 Masked Singers. Group A were on the premiere and will continue through the next two episodes. The audience will narrow this group down to three performers who will be unmasked along the way. Group B will then perform in the same format, followed by Group C. Then nine will compete for the Golden Mask Trophy.

People noted that it’s interesting the entire pool of 18 competitors this season have played in 11 Super Bowls. They also possess a total of 69 Grammy Award nominations, 88 gold records, three stars on the Hollywood Walk of Fame, more than 160 tattoos and one title in the Guinness Book of World Records.

There are already some great guesses as to who is hiding behind their masks. Some top guesses include Joey McIntyre, David Spade, Missy Elliott, Zac Efron and Natalie Imbruglia. What do you think? Time will tell who each of these singers are. Stay tuned to TV Shows Ace for more information. The Masked Singer airs on Fox.