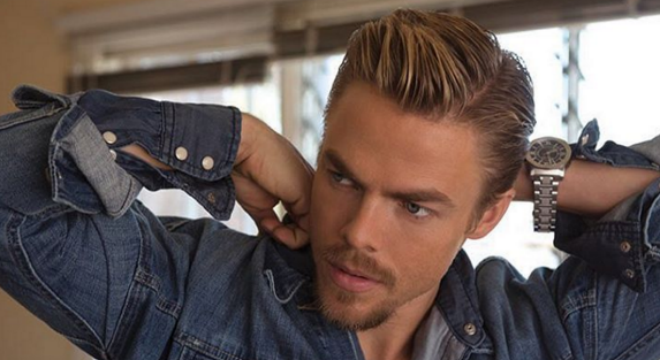 Dancing With The Stars came into pop culture with a twirl and a dip in 2005. Surprisingly, pro dancer Derek Hough wasn’t a competitor until the show’s fifth season. He quickly became a fan and judge favorite.

The Utah transplant helped his celebrity partners nab the Mirrorball trophy a record six times. His first win happened with Brooke Burke during Season 7. The actress later became a co-host of DWTS for seven seasons.

Other stars Derek led to victory are Nicole Scherzinger, Jennifer Grey, Kellie Pickler and Amber Riley. Derek won his final Mirrorball with Bindi Irwin during the show’s 21st season. He chose to leave Dancing With The Stars after Season 23 for new opportunities and boy, did those opportunities come his way.

What Derek Hough Has Been Up to Since His DWTS Exit

Derek had Broadway and movie appearances while he was on Dancing With The Stars. In 2010, the dancer had a theater role in Burn the Floor with fellow DWTS pro, Kym Johnson. He took a one-season hiatus from the ABC show in 2011 to film the movie Make Your Move.

The show Nashville featured Derek in a role in the show’s Seasons 3 and 4. The dancer-turned-actor starred alongside Hayden Panettiere on the ABC hit. Derek has made cameos all over television: Jane the Virgin, Better with You, even Lip Synch Battle.

Derek teamed up with his sister and fellow DWTS alum for a live tour in 2014. The “Move Live on Tour,” which they continued annually for several years.

In 2016, Derek left Dancing With The Stars and ABC for a role of a lifetime on network rival NBC. He took on the lead role in the channel’s live version of the musical Hairspray. The next year, he joined World of Dance alongside Jennifer Lopez and Ne-Yo.

The choreographer suffered a health scare in late 2019. Acute appendicitis required emergency surgery. However, Derek is on the mend and ready for the next adventure that will take him to Las Vegas this summer.

People reports Derek’s exciting new venture. The actor/dancer/singer extraordinaire will be taking his show on the road – to Las Vegas. Starting in June, fans can see the former DWTS pro at the Flamingo in a dance/music mash-up featuring many genres. He says,

We’ll do salsa and Latin to ballroom to contemporary, to rock and roll. I want the whole room to be my stage, to where I’m really in the audience and I’m on their tables.”

Derek Hough: No Limit will run five days a week from June through November. Tickets go on sale this Friday. The Flamingo was home to former Dancing With The Stars contestants Donny and Marie Osmond’s Vegas show.

Unless you live under a rock, you may have seen Jennifer Lopez tear it up in Miami, FL, this weekend. Along with pop star Shakira, J. Lo headlined the Super Bowl halftime show. People either love it or hate it.

Derek is definitely in the ‘love it’ category. He shared a sweet video on his Instagram of his World of Dance days with the Let’s Get Loud singer. The caption accompanying the photo congratulated the two women for “crushing” their performances.

My girl @jlo absolutely crushed the #halftime #superbowl show!!!! Best halftime show I’ve seen in a long time. Energetic and pure entertainment. Shakira was a breathe of fresh air. Effortless and just pure fun. Congrats to all who participated in making that show possible.

World of Dance returns for another season in 2020. Dancing With The Stars also returns later this year. Derek’s Vegas show starts June 2.