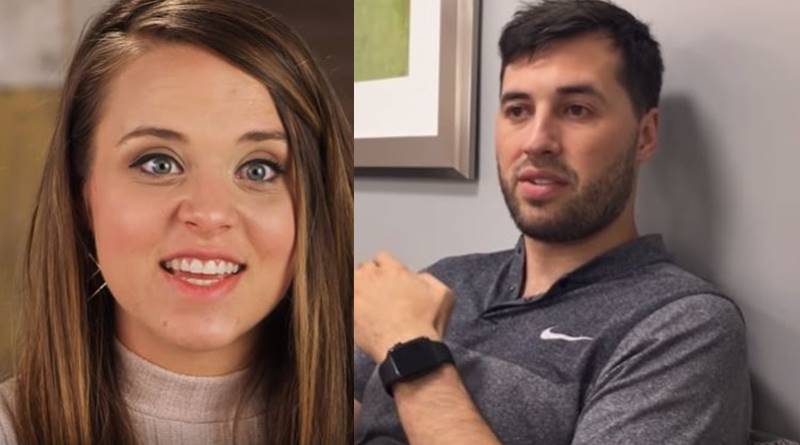 Counting On fans heard conflicting things about Jinger and babies over the years. Back in season 3 of the show, she said she wants loads of kids. But, that never happened. However, ahead of Felicity’s birth she also said how ‘scared’ she was about giving birth. As she only had one child, which is unusual for a Duggar, is she holding off through fear of facing that again? Or is Jeremy calling the shots on birth control?

In December, TV Shows Ace reported that rumors arose that Jinger’s pregnant again. Fans decided that at Thanksgiving, she seemed to show a small baby bump. Then, they noticed that on her Instagram, some pics showed her seemingly hiding her stomach. With Felicity going on two-years-old now, it seems strange that she never had a baby soon after her first birth. After all, the Duggars love to keep on popping them out. So, fans keep a watchful eye on Jinger.

Romper reminds fans that ahead of the birth of Felicity, the Counting On star admitted to being really scared of childbirth. They noted that Jinger saw many babies born during her life in the Duggar’s main house. Painful, complicated, traumatizing births probably made her worried about experiencing that.

When her baby did come along, it brought complications, which she feared. Recall, in the show, fans saw Jinger get medication to speed up her delivery. And, it still took 18 long hours. She opted for an epidural as she was out of her mind with pain.

Felicity came long after the Vuolo marriage, was that Jeremy’s decision?

Fans of Counting On often see the Duggar family women getting married, going on honeymoon, and announcing pregnancies soon after. But Jinger, married and then took eight months to conceive. Some fans speculated that Jeremy enforced birth control. But, other fans speculated she had some fertility problems. After all, she used the plural, “kids” when talking about their move to LA. So, it could simply mean she wouldn’t mind more kids, but has some sort of fertility issue.

Meanwhile, Jeremy always said that he’ll take what “God sends” them. In other words, it sounded like he’s not into making his wife a baby machine. It’s possible to take care not to fall pregnant without contraceptives. There’s the old “withdrawal” system, and some people try the rhythm method or calendar method. Perhaps Jeremy keeps all her ovulation records on a spreadsheet, to avoid pregnancy when she’s most likely to conceive.

It’s all speculation, as the couple says nothing right now. But one thing’s certain: For a Duggar, the late conception of Felicity and no quick second pregnancy, all point to something awry. What do you think about it? Do you think the Counting On star’s just terrified of another complicated birth? Or, is Jeremy calling the shots on how many kids they have? Alternatively, is she battling fertility issues? Sound off your thoughts in the comments below.