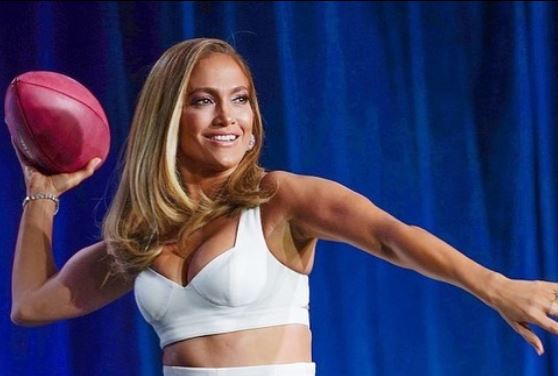 Tonight during the halftime show of the Super Bowl, Jennifer Lopez was performing. She did an amazing job along with Shakira on Super Bowl 2020. A little girl came out to join her and everyone wanted to know who this amazing singer was and Twitter knew the answer!

Who was the girl on the Super Bowl halftime show?

Pop Culture shared the details about who joined her on the show. It turns out that it was Jennifer Lopez’s daughter Emme. Getting to perform on the Super Bowl is a pretty big deal. A lot of fans feel like she was the best part of the performance. As soon as she did her thing, fans went to social networks to find exactly who it was and how she got the chance to be on this big of a stage.

Break from rehearsal for homework and snuggle time… 🤍

Twitter went a bit crazy after the performance. Here is what everyone had to say tonight.

Seeing @JLo daughter Emma make her debut is everything!!!! She can sing!!!! #Shakira #Jlo #EMMA

This made my heart explode. JLo with her 11-year-old daughter Emme, draped in a Puerto Rican flag on one side with the US flag on the other.

Her daughter Emme is just 11-years-old, but she did an amazing job. She had dancers along with her and rocked it. So far, it looks like she just might end up following in her mom’s footsteps and having a career in music.

Heavy shared that her daughter will be turning 12 later this month. Her name is Emme Maribel Muñiz. She and her mom sang a medley of “Let’s Get Loud” and “Born in the USA,” with Shakira jamming on the drums nearby. Not many little girls get their big break by performing during the halftime show at the Super Bowl. She has performed with her mom before, though. You can see a video of them below.

What did you think of her daughter’s big performance? Share your thoughts in the comments.