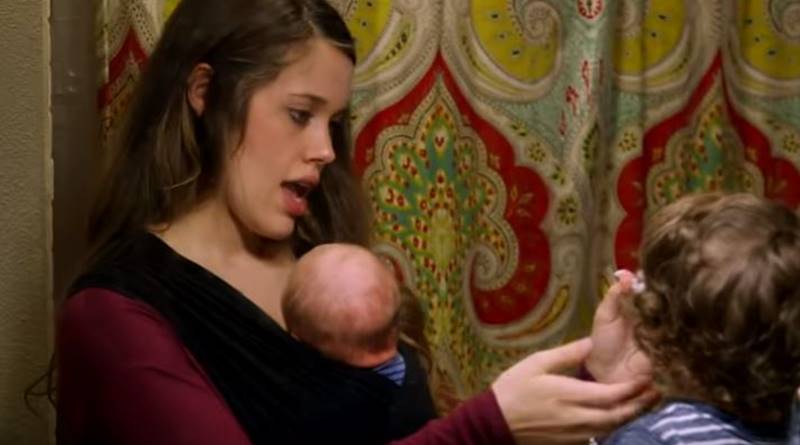 Counting On mostly seems to be about how many kids they can breed. To a large extent, as the older Duggars get married, the show’s more about that than raising the kids. So, it’s no surprise that social media brings people who speculate on who has how many babies. So, when do fans predict Jessa and Ben Seewald will stop having kids?

Ben and Jessa Seewald may stop raising kids sooner than Michelle. Perhaps because fans are not sure that he even holds down a proper job, they think that. TV shows Ace reported that he attended college, preached for a while, but possibly just stays home these days to homeschool their kids. Let’s face it, the Duggars make money from promos on social media. But what if the show gets dropped? Audiences are fickle, after all. Perhaps not getting any other income could make them look at the costs of childrearing.

But, over on Reddit, fans think there are other considerations than future income. The subject of which Duggar kids would have the most kids got raised in a thread on the site. Some fans simply believe  that Jessa will “burn out.” Here’s what s0me contributors said about the Counting On couple and future kids.”

The friendly neighborhood tabby, out for a morning stroll. 🐈 Spurgeon says his name is “Tiger” and has requested we patch up the holes under our fence so we can keep him forever.

Some fans think Jessa will have lots more kids

Not everyone agreed that Jessa and Ben would stop when Jessa hit her early 30s. One suggested, “I think Jessa will want more, but I can see her homebirthing herself to death, unfortunately. I honestly don’t know how many more warning signs her body can give her that she needs to rethink how she gives birth.” Another follower noted, “Jo and Kendra: 14. Kendra will have the most and it will irk Jessa.”

Meanwhile, Cheatsheet reminded Counting On fans that “eight of the 19 kids are married.” Plus, so far, each married kid brought forth “at least one child.” It looks like Jessa will go for a while yet. Then, possibly Jinger has the least kids -maybe with just two or three.  But fans predict Jo and Kendra could easily rival Michelle Duggar at the rate she’s falling pregnant. But, Anna might give her a run for her money.

What do you think about Jessa being predicted to stop having kids in her early 30s? Do you agree, or do you think she’ll keep at it as long as she can? Sound off your thoughts in the comments below.