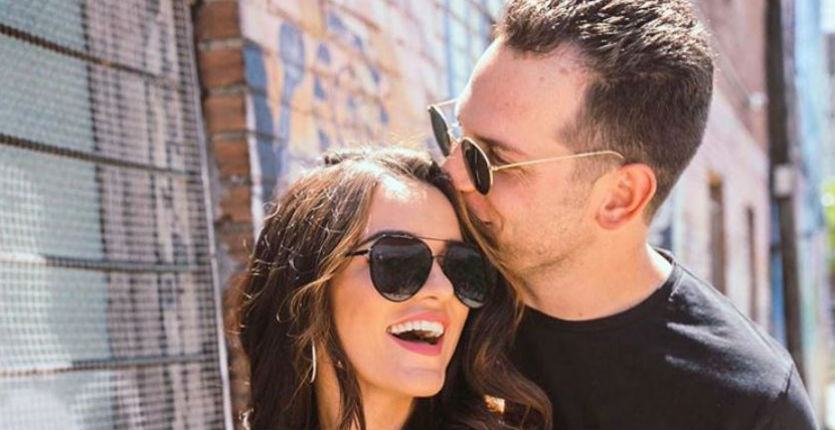 Wedding bells are getting closer for Bachelor in Paradise couple Raven Gates and Adam Gottschalk. She has recently spilled the beans on exactly when her nuptials will take place. As the big day gets closer Raven is getting even more excited to marry Adam and change her name. So what is known so far about Raven and Adam’s wedding day?

When is Raven and Adam’s big day?

Raven posted an adorable photo of herself and Adam on Instagram a few days ago. The photo shows her kissing his cheek. The caption says, “In 4 months I’ll be waking up with a new last name. Mrs. Gottschalk. And I can’t wait 💓.”

A writer from TV Shows Ace commented on her photo saying what a beautiful bride she was going to make. Raven responded saying, “@jamiecolclasure ahh thank you SO MUCH!!!❤️❤️❤️❤️”

While this was a huge hint, she also recently revealed their actual wedding date on Entertainment Tonight. Adam and Raven will be tying the knot on Saturday, May 30, 2020. The two will be getting married in Dallas at Temple Emanu-El.

As fans will recall, Raven packed up and moved to Dallas to be with Adam. The two bought a house in early December and are renovating it. They will be selling the condo they were residing in.

The wedding reportedly started out small has turned into something big. When asked if Adam was involved in the planning Raven said, “Adam has specific requests for the wedding, what he would like drink-wise, music-wise, which check, check, we got that done. But he’s leaving it to me. I have the big stuff done. It’s just, like, the little minor details.” While the wedding won’t be televised, no doubt they will be sharing tons of photos with their fans.

Raven did not mention everyone from Bachelor Nation that would be invited, however, she did say Tia Booth would be there. And, one person who definitely will not be present is Rachel Lindsay. Raven has no hard feelings towards Rachel at all. She simply said Rachel does not like her and she doesn’t want people who don’t like her at her wedding.

Buying a house 🏡 while wedding planning 👰🏻wasn’t the best idea we have had BUT we’re excited for this new chapter!! 📖 but seriously, who want to come over and help?? I promise champagne and snacks in return for labor 🤣🍾 … Less than 24 hours from our closing Adam already has the walls torn down 🤣 I love him for it- he means business!! ❤️ Home is wherever I am with you. 🏠 🥰. P. S. Not pictured – Boaz. 🐶 who is thoroughly enjoying his new backyard!!

Adam and Raven met on Paradise and while she liked him, she wasn’t completely sure until their overnight date. According to her interview with Entertainment Tonight, she hinted she and Adam were intimate on that date. She said, “God blessed me, he really did, in every facet of the imagination. I wasn’t sure about Adam until we had our overnight, and then I was pretty damn sure. His parents are not going to appreciate that, and neither are mine, but you know what, I love him and he’s wonderful and we’re getting married and it’s all good.”

Stay tuned to TV Shows Ace for more information on Raven and all your Bachelor faves. The Bachelor airs Monday nights on ABC.