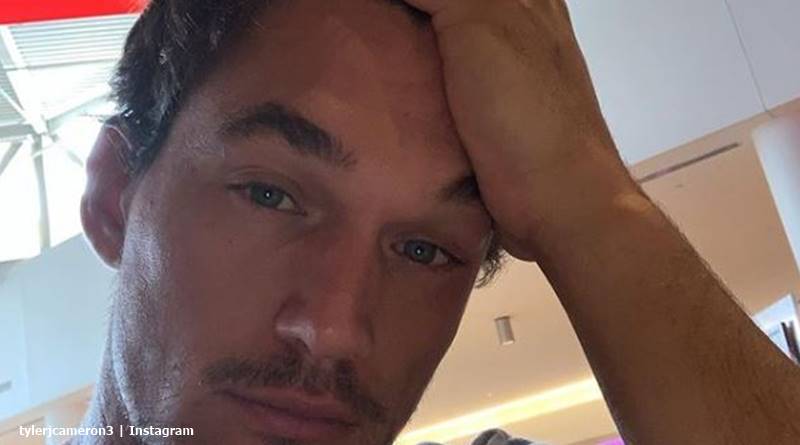 The Bachelorette alum, Tyler Cameron remains single, to the delight of millions of rose lovers. In fact, Bachelor Nation followers love him a lot. And, he’s popular with other cast members from the franchise. Tyler just turned 27-years-old and he took to Instagram to remind the world of that. Many fans, celebs, and other cast members sent in their comments and congrats.

The Bachelorette – Tyler’s footloose and fancy-free at 27

Tyler never won Hannah B’s heart to the sorrow of some people. He didn’t end up in long-term relationships with Gigi Hadid or Anastasia Karanikolaou. Although disappointed, female fans actually don’t seem to mind that he’s pretty much fancy-free–at least for a while.

Even the least-known people who follow him hope for a comment or an emoji from him. Actually, one fan was thrilled the other day when he responded to her flirty comment, we reported. But, that’s Tyler, he seems like a nice guy and doesn’t ignore his fans and only reply to celebs.

Overall, he comes across as such a nice guy, that Femestella wondered if The Bachelorette star “is too good to be true. That came after he “ran the New York City marathon for the cause and donated 26,200 miles.” Plus, they noted that he does other charity work as well. So, it’s no wonder then that he attracts fans, friends, cast mates, and celebs into his orbit on social media. And, they turned out in their thousands to wish him a happy birthday.

Posting yet another photo that melts his fans, Tyler captioned his birthday post with, “Last year brought lots of joy into my life! Time to double down and see what 27 has in store. I am so thankful for all of you. Love you all and thank you for making this day special. Now on to Miami! ❤️”

One of the first people to comment was footballer Azeez Al-Shaair. He commented, “Happy birthday my brother!!!💯✊🏾✊🏾.” Next up came Gregory “Buddy” Howell Jr., the football running back for Houston Texans. He noted, “Happy BDay crop top shawty 🐐💯.”

Fellow The Bachelorette and other Bachelor cast mates also sent in their congrats. One of those was Dylan Arnold from Bachelor In Paradise. He joked, “Nah man it’s all downhill from here.” Then along came Cassie Randolph from Colton Underwood’s season with ABC. She wrote, “Happy birthday!!💕” And, Mike Johnson said, “Breh last year was the highlight😂🤷🏽‍♂️ said no bawse ever!” Then Carrie Berk, writer, blogger, activist, and actor said, “happy birthday,” as well. There were more high-profile names and plenty of fans who chipped in to wish him all the best.

Last year brought lots of joy into my life! Time to double down and see what 27 has in store. I am so thankful for all of you. Love you all and thank you for making this day special. Now on to Miami! ❤️

What do you think of all the cast mates, celebs, fans, and friends who went over to Instagram to wish Tyler Cameron a happy birthday? Sound off your thoughts in the comments below.

Remember to check back with TV Shows Ace often for more news about Tyler Cameron and The Bachelorette.