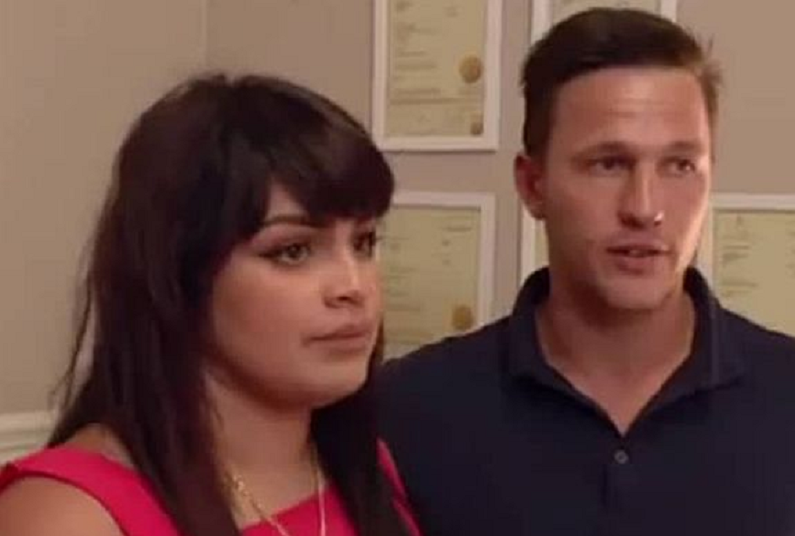 It’s a classic case of he said, she said. The TLC stars have been flinging words at each other on social media. The decision that led to their separation was kind of confusing. Even 90 Day Fiance fans don’t know what to make of it. The couple welcomed their daughter, Carley Rose, less than seven months ago. It appears that they will drag their child into their messy divorce as they claim different stories for their split.

When Ronald Smith announced his split from Tiffany Franco on Thursday, Jan. 30, he used the word “adultery” in his message. He revealed that she wasn’t registered as married in the U.S. Tiffany immediately responded to his cheating allegations, as reported by The Blast.

“When a toxic person can no longer manipulate you they will try to manipulate the way others see you,” she posted on her Instagram Stories. “Truer words have never been spoken. I wish nothing but good things for Ronald but I won’t waste one more second being taken for granted and being unhappy.”

In a follow-up post, Tiffany denied Ronald’s cheating allegations. She claimed that he was placing the blame on her for their split. The 90 Day Fiance star was the one who announced their split on Instagram. Then Ronald followed up with his own cryptic message that included the word “adultery.” Since then, the reality stars have been blaming each other for their separation.

Fans are confused over why the couple split. Was it cheating? Substance abuse? Something else? As The Hollywood Gossip reported, Tiffany revealed to fans that Ronald relapsed. The South African shared his struggles over his gambling addiction on the TLC series.

On her Instagram Story, Tiffany said that Ronald relapsed. His gambling addiction had her concerned about marrying him, even though she was aware of his problems. Haters accused the television personality of causing Ronald to relapse because she returned to the U.S. with her son Daniel, from a previous message. That’s when she clapped back at her haters.

Tiffany wrote: “he also relapsed when we were right there with him so no my love you are [wrong] there as well.”

She also expressed concern with Ronald’s finances. Tiffany was concerned over how that could affect their future as well as their children’s future. She told another fan that it took Ronald a long time to “pay her back on a loan.” 90 Day Fiance fans think it’s weird that a wife would have to loan out money to her husband. Married couples typically merge their finances.

Since this couple was still living on different continents, this decision makes sense since their finances weren’t blended yet. Maybe that’s a godsend. Ronald accused Tiffany of being “controlling” with his addiction and finances. He claims that she demanded he would make his location available to her at all times. In the case of a divorce, there are two sides to every story.

It’s hard to tell what really went down in Ronald and Tiffany’s marriage. But more details are sure to emerge over time. Tiffany said that her first priority is her children.

What are your thoughts on the back-and-forth between Ronald Smith and Tiffany Franco? Sound off below in the comments section.

Don’t forget to check back with TV Shows Ace on the latest news on the cast of 90 Day Fiance.