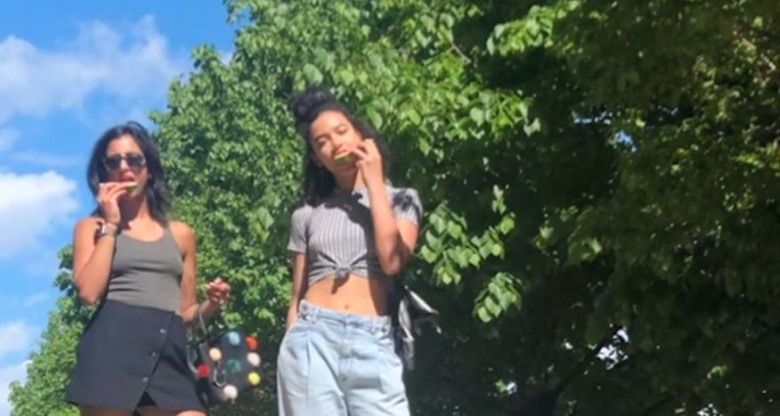 The Bachelor is in full swing, and now one of the contestants is opening up about her sexuality. Turns out since the first episode, Alexa Caves has been getting a lot of questions on the topic.

‘The Bachelor’ contestant gets deep

Alexa Caves admitted that fans have been asking her a lot about her sexual preferences since the new season of The Bachelor aired. To which Alexa says, she is fluid, according to People.

“The amount of people that ask me about my sexuality in my DM’s is crazy,” she said. “LOL, I’ve been getting it since the first episode. It is by far the question I get asked the most.”

Unfortunately, Alexa was sent home after she didn’t get a rose from Peter. She didn’t really get hardly any screen time. Nor did fans get to learn anything about her while she was still on the show. That hasn’t stopped them from asking questions though. Apparently she doesn’t really care, she’s just living her life.

Good for her! She should stay strong in her beliefs and herself even when everyone is harassing her on social media.

Other girls on the show

Of course, there are still several girls left on the show to be considered. However, after this two-episode week coming up, there won’t be many girls left and it will be down to the really serious relationships. It’s not entirely clear as to who Peter will pick yet, and there are even some theories that Hannah Brown will come back into the picture. Although this doesn’t seem likely if you just pay attention to her Instagram profile. She constantly talks about being single and making a life for herself. In no way does it seem like she also has a boyfriend.

Before anyone else can go home though, the girls will have to get through the Alayah drama. First, Peter sent Alayah home after she was super disliked by all the other girls. Then, she came back and convinced Peter to let her back on the show. All the other girls seem to be so angry now. Especially since she had access to internet after going home and revealed that Victoria F. used to date Chase Rice.

Have you been watching The Bachelor? Do you want to see Alayah make it another week? Let us know what you think in the comments section below!