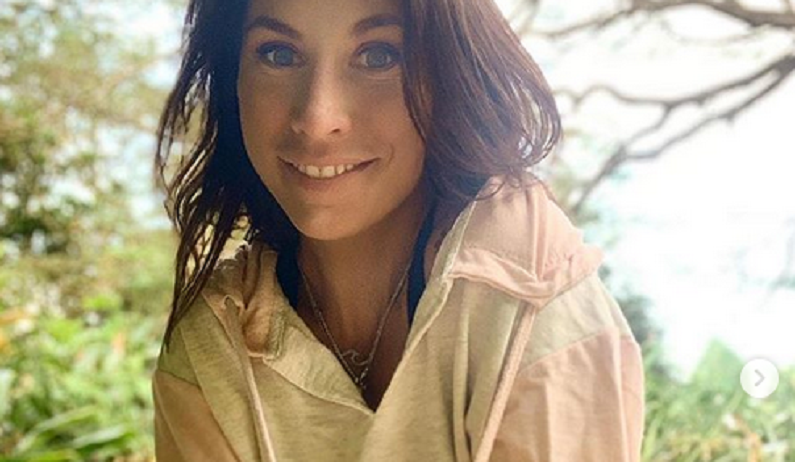 Lyssa Chapman, the daughter of Dog the Bounty Hunter, was arrested in Hawaii for alleged harassment and resisting arrest. Authorities claimed that she didn’t leave the area peacefully. According to a report, Lyssa’s arrest took place in Honolulu, Hawaii on Thursday night, Jan. 30. She was booked and arrested for both harassment and resisting arrest.

It’s not clear who bailed Lyssa out after her arrest. She tweeted a cryptic message following her reported arrest. Learn the details of Lyssa’s arrest below.

As TMZ reported, the Chapman family has experienced a lot in the past year. Seven months following the death of Dog the Bounty Hunter’s wife, Beth Chapman, he proposed to their family friend, Moon Angell, on the Doctor Oz Show, as reported by TV Shows Ace. Now Lyssa Chapman has been arrested in Hawaii.

TMZ has not revealed the details from Lyssa’s arrest. It’s not clear who she harassed at the scene of the incident. Authorities only claim that she wouldn’t leave the scene peacefully, which led to her arrest. More details will come out in the following days.

Fans scratched their heads when Duane Chapman proposed to Moon Angell. Even though he claims they’re not technically engaged, people still aren’t happy. Everyone wants to know who Moon Angell is and how she got that name. Lyssa Chapman has known Duane and Beth’s friend for a long time, and she’s not afraid to speak out about them.

Lyssa may have grown up, but she still cares about what her father is up to. She recently spoke out about her family’s “unhealthy” background, as reported by The Hollywood Gossip. Lyssa posted a cryptic message to her Instagram Story.

“If you didn’t come from a healthy family, make sure a healthy family comes from you,” she wrote. Lyssa has previously spoke out about the struggles that she and her family has faced. She comes from a large family that has a history of drug addiction and sexual abuse. But her main concern at this moment is about what Duane is doing now that her mom is gone.

Beth Chapman passed away in June 2019 after a long battle with throat cancer. Her passing was hard on everyone, including Duane. He experienced such heavy grief that he was hospitalized due to health problems. He also opened up about his suicide attempt on The Dr. Oz Show. Despite denying the engagement rumors, Duane has moved some of Moon’s belonging into Beth’s closet, as reported by E! Online.

What are your thoughts on Lyssa Chapman’s post on her Instagram Story? Do you think she was throwing shade at her father? Sound off below in the comments section.

‘Return To Amish’ Rosanna Miller Officially Confirms Pregnancy- See Her Bump
‘Below Deck Med’: Is Lexi Wilson Engaged? Malia White Spills The Tea
‘Welcome To Plathville Season 3’ Will The Family Make Amends?
Chrishell Stause Vacations In Paradise With Her New Man — Who Is It?
Danielle Busby Brags She’s Not A Regular Mom, She’s A ‘Cool Mom’