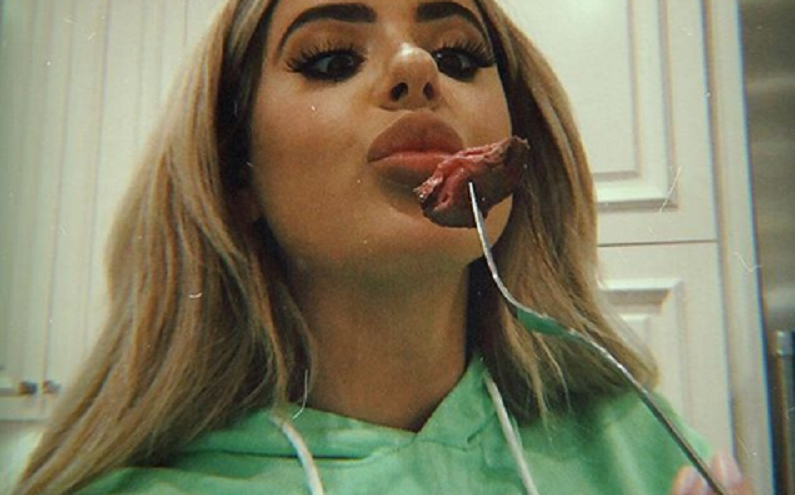 Brielle Biermann wants a whole new look for the new year. As TV Shows Ace reported, she decided to have her lip fillers dissolved. She even changed up her hair color. Brielle went through the ups and downs of her new look, as evidenced on her Instagram Stories. She even wondered if she should stop lip fillers altogether.

Brielle is still in a state of shock over her new look. The Don’t Be Tardy star has been showing off her new look on social media. She’s been busy posting selfies to her Instagram page as usual. In the new photos, she sports brunette hair and natural lips.

As Page Six reported, Brielle Biermann showed off a whole new look. She sported straight brunette hair and smaller lips. Most fans assume she doesn’t look any different. They claim that she still gets plastic surgery procedures. But Brielle feels “completely different” after dissolving her lip fillers.

She got lip fillers as a teenage girl until she decided to do away with them three weeks ago. Brielle previously revealed on Instagram that she wanted to look like her old self again. She grew tired of the comments that she looked the same age as her famous mother.

“Dissolved my lips yesterday…gonna look like 18 year old Brielle again soon,” she wrote on Instagram at the time. “2020 new year new me! Black n blue for a few days [sic].”

But Brielle wasn’t sure about her decision. She didn’t like it when fans said that she looked better before her lip fillers.

“To those who say I look better before lips…you’re a bad liar and this photo is PROOOOOOF,” she wrote in an old post.

It’s unclear whether Brielle will stick with her new look. It’s possible that she could decide to get lip fillers again in the future. But Brielle is happy and satisfied with her new look. She has been posting her share of selfies since then.

Both Brielle and Kim have been posting bikini selfies on social media. Brielle was the first one to share a photo of herself wearing a brown one-piece swimsuit. As reported by the Bravo blog, Brielle’s new brunette hair was styled in soft waves. She finished off her look with a white manicure.

It turns out that she loved the swimsuit so much that she decided to wear it as a top. This swimsuit easily doubles as a bodysuit. Shortly after Brielle posted her bathing suit selfie, Kim posted a bikini selfie, according to the Bravo blog. On Wednesday, Jan. 29, the RHOA star wore a white bikini that showed off her rib tattoo and ample cleavage. She paired her swimsuit with a sunhat, which she used to cover her head.

“The beach is my favorite place… stay tuned 05/2020,” Kim wrote in the Instagram post. She hinted about the family’s upcoming vacation. They last vacationed in Los Angeles, Texas, and Turks and Caicos. It appears that Biermann is on a beach vacation this time around.

Underneath Kim’s post, Brielle asked: “Where we going may??” Kim simply responded with the see-no-evil monkey emoji and a winking emoji.

What are your thoughts on Brielle Biermann’s new look? Sound off below in the comments section.